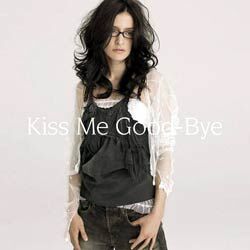 "Kiss Me Good-Bye" is a theme for Final Fantasy XII. It is the only song Nobuo Uematsu exclusively wrote for the game and performed by Angela Aki. The English version is used in all of the game's versions; however, a Japanese version was commercially released on CD in Japan along with the English variant.

Additionally, the release Selections from Final Fantasy XII Original Soundtrack included a DVD with a music video of the song's Japanese version.

Uematsu and Square Enix team approached Angela Aki, asking if she would be interested in singing Final Fantasy XII's theme. Aki was deeply moved when she heard the song Mr. Uematsu wrote, and Uematsu wanted Aki to write the lyrics. The first thing in her mind upon hearing the melody was a scene of a new journey after goodbye, so she structured the lyrics based on it.[1]

"Kiss Me Good-Bye" was the first song written specifically for the Final Fantasy XII soundtrack. After composer Hitoshi Sakimoto joined the project, he considered the sound of "Kiss Me Good-Bye" when composing other tracks for the game.[2]

Kiss me goodbye, love's memory
Follow your heart and find your destiny
Won't shed a tear for love's mortality
For you put the dream in my reality

As time goes by, I know you'll see this of me
I loved you enough to let you go free

Kiss me goodbye, love's mystery
All of my life, I'll hold you close to me
Won't shed a tear for love's mortality
For you put the dream in my reality

Kiss me goodbye, love's memory
You put the dream in my reality

Even if you are lost,
The door is still open for you
You can't fill the world
With just the two of us, can you?

I will give you wings,
So just believe and fly

Kiss me goodbye, love's memory
Even if I lose you,
The memories of loving you
Will give me strength

We all fall in love
Looking for something certain

But an unwavering love
Is inside of you

Kiss me goodbye, farewell
I will change into a new me

Kiss me good-bye, love's memory
If we change into a new couple

"Kiss Me Good-Bye" plays during the game's ending. Its lyrics don't allude to the plot directly, but its tone fits the cast's ending, leaving the past and moving on in their lives.

A year after the Battle above Rabanastre, Penelo writes a letter to Larsa, now the Emperor of Archadia. "Kiss Me Good-Bye" plays in the background as Penelo's voice recites the letter. She is happy that Rabanastre returned to the peaceful place it used to be when she was a child. Penelo laments on Ashe's coronation looming near and how she must distance herself from her old friends due to her position. Penelo knows Ashe misses Basch and hopes the two will have a chance to catch up soon. Basch has assumed his late brother's position as Judge Magister, now serving Larsa.

Penelo writes how she and Vaan had looked after the Strahl after Balthier and Fran went missing, but one day found the airship gone with a letter on its place, as Balthier had reclaimed it. Penelo and Vaan had delivered Balthier's message to Ashe, containing the ring she had given to him as a "down payment" for helping her until he would find the treasure he seeks. Balthier has seemingly found his riches, as he has given Vaan a new airship and asked him to join him on a new adventure, fulfilling Vaan's life-long dream of becoming a sky pirate. Penelo is accompanying him, finishing the letter with "every good sky pirate needs a partner, right?"

A concert recording of "Kiss Me Good-Bye" appears on this album.