Kirin is a light-elemental Eidolon that appears in Final Fantasy Dimensions II. There are three versions of Kirin available in the game; two versions that are available to Aemo, which teaches her Banish Blow abilities and Banishra abilities respectively, and a version available to Parai, which teaches him Banish Blow abilities. Aemo's first Kirin signet can be obtained as a first-time completion reward fir the "Nitro Powder" side quest in Present Agarte, while her second signet can be obtained by completing the "Future World" main quest of the Crystal of Time arc. Parai's version can be obtained as the first-time completion reward for the "Hunt the Gigantes" side quest at Ogre Mountain in the Middle Ages.

Aemo's default version provides her with balanced stats during Chapter 1-1 of the Crystal of Time arc, however it is easily replaceable by signets obtained afterwards. Her second version grants her a decent boost in her HP, magic, and speed stats. Unless the player has obtained the final Alexander signet for Aemo from the 15th floor of Babil Tower, players can take advantage of Kirin's passive to increase Aemo's light-elemental attack power by 14% if they obtain a White Gem II from the side quests available in Chapter 4-1. This passive can increase the damage output of Aemo's Banishra abilities. However, if the player has already obtained the Banishga Breath signet of Alexander, Kirin is ultimately replaceable, due to Alexander's superior passive of increasing Aemo's light-elemental damage output by 16%.

Lastly, Parai's version provides him with decent stats the moment it can be obtained after he joins the party. However, the Kirin signet is considerably weak and is replaceable by signets available almost immediately after.

The default version of Kirin available to Aemo is based on the summon's original appearance in Final Fantasy VI, it is portrayed as a silver horse-like creature with two crooked golden horns. As it evolves, the fur throughout its body changes color.

The second version of Kirin for Aemo is based on the mount from Final Fantasy XIV, being portrayed as a bearded golden horse-like creature. This version of Kirin takes elements of the traditional Qilin of Chinese culture, having draconian elements and having a thick mane and eye lashes.

The following are the abilities Aemo can learn from her first version of Kirin:

The following are the abilities Aemo can learn from her second version of Kirin:

The following are the abilities Parai can learn from his version of Kirin:

All versions of Kirin appeared in the original free-to-play versions of the game. Each signet could be equipped by all party members and could only be obtained from the game's summon draw shop.

In the original free-to-play versions, there were two versions of the first version of Kirin that would eventually become exclusive to Aemo in the premium release, a version that taught Holy Blow I-III and another that taught Healing Breath I-III abilities. In the premium release it teaches the Banish Blow I-III abilities, which are renamed versions of the Holy Blow abilities from the original free-to-play versions. This version of Kirin was one of the first signets to be introduced in the game's summon draw shop during Final Fantasy Legends: Toki no Suishō's initial launch in March 2015.

Aemo's second version of Kirin was originally a light-elemental god-tier signet that became available in Final Fantasy Legends II. However instead of teaching Banishra abilities, it taught Holy Aura I-III abilities and was stronger than its premium release appearance. The signet required god stones to evolve to higher ranks. Kirin was an SS ranked signet. 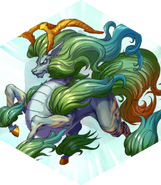 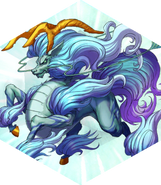 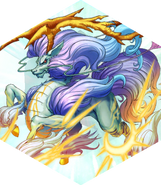 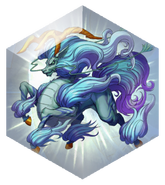 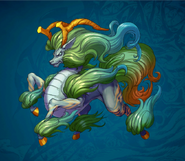 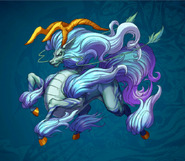 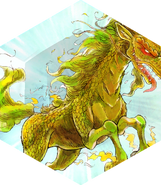 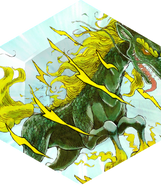 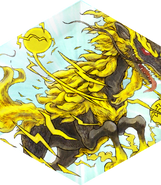 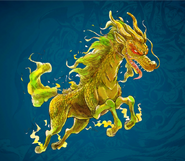 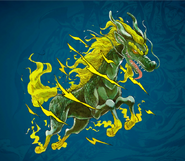 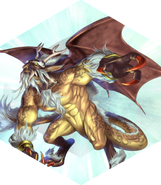 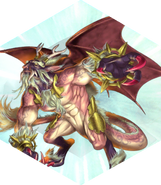 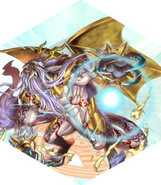