The Kingdom of San d'Oria is a large and powerful monarchy in Final Fantasy XI. It has been ruled by King Destin R d'Oraguille for over thirty years. His sons, Prince Trion and Prince Pieuje, vie for his attention as he has yet to select an heir.

This kingdom of proud Elvaan warriors is situated to the north of the Quon continent and was built on the ashes of a brutal civil war. It has been ruled by a succession of kings from the d'Oraguille royal family for a span of more than five hundred years. The kingdom's capital of San d'Oria is a walled city defended by two orders of knights: the Royal Knights, who patrol the country's borders and seek to expand its territories, and the Temple Knights, responsible for protecting the city itself and maintaining domestic tranquility.

Despite San d'Oria's culture revolveing around the use of iron, it is a technologically stagnant society. With traditional methods passed down over generations, San d'Orian blade smiths forge weapons that rival the swords of the east and are known throughout the world for their quality.

The Elvaan culture centers around a "better than thou" attitude regarding foreigners and especially Humes. This is most prevalent among the royalty and military, still angry over their past defeats to the Republic of Bastok.

The ancient forest capital shows signs of deterioration, but with population growth in a state of gentle decline and many residences left vacant, overcrowding has not become an issue. The region is blessed with an abundance of fertile land for crops, and food is plentiful. Heavy taxes and long military tenures leave few hands to work the fields, making life a challenge for the citizens.

Though it lies in a relatively cold region, San d'Oria has long been able to export its verdant crops of wheat and rye, along with shipments of lumber, through the independent town of Selbina. Large imported Selbina sheep graze in the furthest reaches of the kingdom.

The San d'Orian army is divided into two arms: the Royal Knights and the Temple Knights. As well as having different duties, both orders are structured in different ways.

This section about a location in Final Fantasy XI is empty or needs to be expanded. You can help the Final Fantasy Wiki by expanding it.

The Temple Knights are a religious order charged with maintaining civil harmony within the capital. In times of peace, the Temple Knights are responsible for arresting criminals and heretics, providing security for the Chateau d'Oraguille and the cathedral, and putting down civil strife. When war engulfs the kingdom, they are often sent to the battlefield; in war, their duties extend to holding prayers for victorious outcomes and punishing crime and acts of immorality within the San d'Orian army.

The Royal Guard is a unit of knights responsible for the protection of the king and the royal family. Exact numbers are unknown, but this unit is thought to hold close to one hundred members, traditionally chosen from the two orders of knights. It is considered high honor to be offered a position in the Royal Guard, and recently many adventurers of remarkable achievements can be found within its ranks.

This title is given to mercenary and volunteer groups that have been officially sanctioned by the King of San d'Oria. Since they are only paid during times of war, most members take up adventuring while waiting for the call to arms.

The knights in direct service to the king, these warriors were skilled spearsmen who could control dragons. Their distinct suit of armor vanished from the battlefield, and the last Dragoon left the capital on a secret mission never to be seen again. Word in the streets is that these proud warriors have been seen in the lands to the east. Perhaps their order will someday be reborn.

"The Kingdom of San d'Oria" 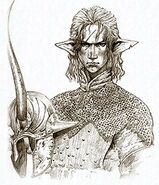 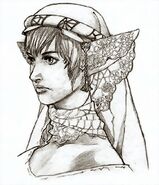 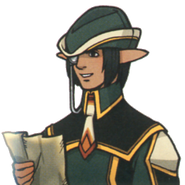 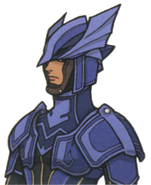 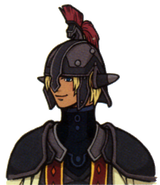 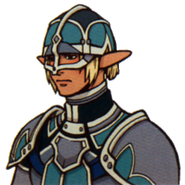 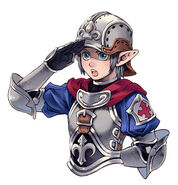