From Chamber of the Fayth after gaining airship:

High Summoner Ohalland used to live in the Kilika temple here. Yep, Lord Ohalland was once a great blitzer, you know?

Kilika Temple is a location in Final Fantasy X and Final Fantasy X-2. It is one of Yevon's temples situated on a fire mountain, is located on the far side of the woods north of Kilika Port. The flames around the temple change color when a summoner prays for the power of the aeon, Ifrit, or when visited by priests and Yevonites. Should the flame turn blue, it means the temple is in danger.

The next day after Sin destroyed Kilika Port, Yuna and her guardians head through Kilika Woods to the temple of Yevon, encountering a Sinspawn along the way. Outside the temple, they encounter the Luca Goers, a rival blitzball team, who taunts them. Inside the temple, Wakka prays for victory at upcoming blitzball tournament while the others meet summoner Dona and her guardian Barthello. Upon learning that Tidus is not officially a guardian, Dona has Barthello push him onto the elevator leading to the Cloister of Trials, hoping he would get in trouble. Shortly after Tidus catches up with the others, Yuna emerges with the new aeon.

When the Gullwings learn of an "awesome sphere" being hoarded by New Yevon, Yuna, Rikku, and Paine fight their way through the woods to the temple so they can steal the sphere. Depending which side they give the sphere to, the Gullwings gain an allegiance with the side they choose and become enemies with the opposing faction. When fiends start emerging from the temple the Gullwings rush in to stop the outpour. Despite being on opposing sides, Barthello leads his followers to keep the fiends from reaching Dona before YRP defeat Ifrit.

This section about a location in Final Fantasy X is empty or needs to be expanded. You can help the Final Fantasy Wiki by expanding it.

Aim: To extinguish the fire in the main room.

Break through the checkpoints in the woods and at the Temple steps. Once you're in, acquire the sphere that New Yevon's been hiding in the Temple!

Restore order by stamping out the fiends coming from Kilika Temple!

To get Episode Complete in Kilika, the player must fulfill the following requirements:

The shop is only available during Chapters 3 and 5.

"The Trials" from Final Fantasy X

In Final Fantasy X-2, the theme "Kilika" plays outside the temple. The theme that plays inside the temple and the Cloister of Trials is called "The Temples". 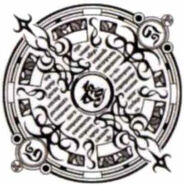 The stone steps to Kilika Temple.

Infront of the temple.

The entrance to the Cloister of Trial.

Outside the Chamber of the Fayth.

The Chamber of the Fayth.