Aegyl Stronghold that has stood for thousands of years. A dense Mist envelops the keep, distorting the surrounding fabric of reality and trapping fallen aegyl warriors in an eternal shadow play of forgotten battles.

The Keep of Forgotten Time is a location on Final Fantasy XII: Revenant Wings which houses the Eternal. It is protected by strong aegyl warriors, which are in truth, the anima of those same warriors, kept alive by Mist for eternity. It is later revealed as the gate to Feolthanos's true home.

It is accessible in Chapter 9, when Eternity's March is open to the player, as it serves as the direct link between Lemurés and the Keep. It houses the four final locations. 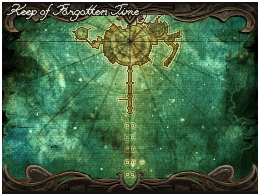 Abode of Feolthanos, the Eternal, whence he rules the auraliths. The keep lies beyond reach of aegyl wings, the stolen anima of the aegyl thick on the wind.

Llyud opened his heart and soul to the Eternal, only to be deceived and made hollow. Vaan knows there's only one way to restore Llyud's anima, and he must seize that chance.

This is a standard Summoning battle. 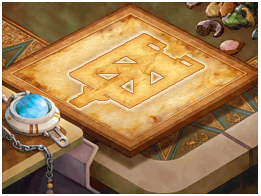 Over thousands of years the Eternal has become one with the auralith. Devoid of emotion and alone, he has stolen the anima of the aegyl across great gulfs of time. The beasts at his command know no mercy.

From his perch upon the final auralith, Feolthanos summons the anima of Mydia to do his bidding. 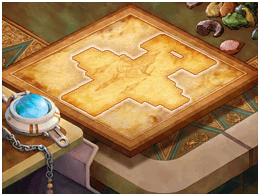 The massive creatures Tomaj saw in the keep are powerful scions of old. They are led by a great black wyrm the party has encountered once before.

The mission starts off the with Titan in the middle of the map. After he is slain, Ramuh will appear to the northwest. This pattern is repeated with Shiva appearing in the east after Ramuh's defeat, and Ifrit to the northeast after Shiva's defeat. Once the Lord of Flame has fallen, Bahamut will finally descend upon the battlefield, and only his defeat will complete the mission and unlock him on the Ring of Pacts.