Relm: I couldn't miss the chance to practice my drawing!
This article is in need of a few pictures. Perhaps you can help by uploading a picture of Kam'lanaut's abilities.

Kam'lanaut's default player title is Nameless Sovereign. His manikin counterpart, the Archduke of Antiquity, is brown.

Kam'lanaut's default appearance, "Descendant of the Zilart", takes his appearance from his boss battle in Final Fantasy XI. The armor on his arms and legs is white with gold trim and adorned with purple-hued gems. The accessories in his hair are also white. The first alternate coloration recolors his armor dark gray with a silver trim adorned with red-hued gems, and his hair accessories are also dark gray with silver lining. The second alternate coloration recolors his armor red with black trim and adorned with yellow-hued gems, and his hair accessories are also red with black lining. 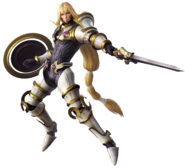 Descendant of the Zilart I

Descendant of the Zilart II

Descendant of the Zilart III 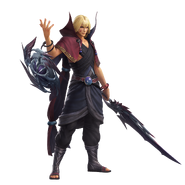 Archduke of Jeuno I

Archduke of Jeuno III
Add a photo to this gallery

True to his history as a Zilart prince, Kam’lanaut is greedy and lofty, straying from the conflict between Materia and Spiritus simply because he was not summoned willingly and won't be rewarded. Despite initially approaching the Onion Knight, Vaan, and Y'shtola with respect, he is quick to try and kill them to witness the "fabled purification" of Shinryu from the previous cycles. When confronted by Golbez for tampering with Spiritus's energy, Kam'lanaut treats the warlock with contempt, despite Golbez's attempts to tell him his tampering will cause the realm to collapse and his actions are not going unnoticed. 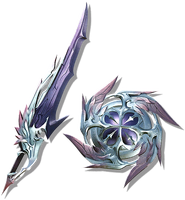 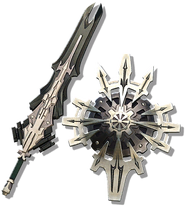 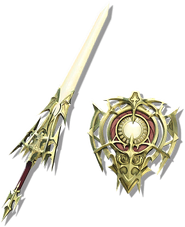 Divine Blade.
Add a photo to this gallery

Kam'lanaut is transported to World B as one of the warriors for the new god of discord, Spiritus. New to this world, he felt like he was dragged into the conflict rather than called, and decides to stay clear and search for a way to return to his home world, not answering Spiritus's calls for his champions to meet him. He learns about Shinryu's purification process that afflicted the veteran warriors from the previous cycles.

Kam'lanaut encounters the Onion Knight, Vaan, and Y'shtola on the Floating Continent. After learning that the only way to go home is to generate energy born from battles, Kam'lanaut fights them. Planesgorgers descend upon them and seizing the moment, Kam'lanaut attempts to finish off the Onion Knight and Vaan, but is waylayed by Y'shtola. The four attempt to reach the portal before the planesgorgers, but Kam'lanaut's path is obstructed. While his fate seems ambiguous at first, it is revealed that he managed to escape.

Shortly after Shinryu's defeat, the moogles give Kam'lanaut a crystal to host his memories for Spiritus to use in the upcoming infinitely long war. With a crystal doppelgänger of himself to serve on Spiritus's behalf, Kam'lanaut returns home.

Kam'lanaut is caught tampering with Spiritus's energy core by Golbez. Kam'lanaut does not care about the struggle of the gods and contemplates why he isn't compensated for his efforts, prompting Golbez to suggest taking the matter up with Spiritus. It is revealed that the in-game reward system was introduced by Spiritus under Kam'lanaut's suggestion.

Esoteric Region - Create a sphere around you that afflicts foes with multiple debuffs upon contact. You can stock up to four uses.

Kam'lanaut is voiced by Satoshi Mikami in the Japanese version and Jeff Schine in the English version.[1] 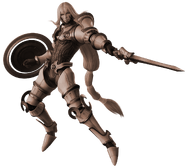 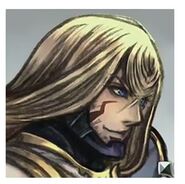 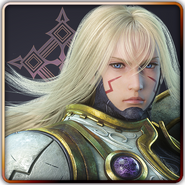