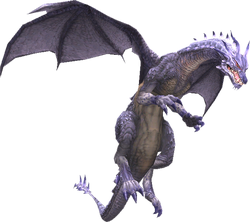 This powerful drake breathes gouts of dark flame that sow misery and despair.

Description, Final Fantasy Tactics A2: Grimoire of the Rift.

Jormungand (ヨルムンガンド, Yorumungando?), also known as Yormungand or Jorgandr, is a recurring enemy in the series. It first appeared in Final Fantasy III.

Yormungand, fan-translated as Jormungand, is an orange enemy fought alone around the northwest portal in the World of Darkness. Its weaker, green counterpart, Oceanus, is fought in Eureka.

The Jormungand is a Basilisk-type enemy fought in the Monster Arena unlocked after the player captures one of every fiend from the Djose Highroad. Cold Stare will petrify its target.

Jormungand is a sea serpent enemy found in the World of Darkness, in reference the Final Fantasy III version of the enemy. They are encountered in the Nape area after defeating Angra Mainyu if the alliance does not destroy the Forbidden Gates in time. 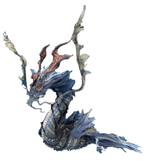 Jormungand is a large, high level enemy fought in the Crestholm Channels in Leide, the Costlemark Tower maze in Duscae during Chapter 15, and the Serpent of the Abyss Hunt.

Jormungand is a powerful Drake fought at Brightmoon Tor, having access to both their race's default skillset and the powerful Tuning skillset.

This section about an enemy in Final Fantasy Tactics A2: Grimoire of the Rift is empty or needs to be expanded. You can help the Final Fantasy Wiki by expanding it.

Jormungand is an enemy fought at the World of Nil. 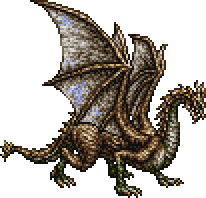