Joker's Death (ジョーカーデス, Jōkā Desu?, lit. Joker Death), also known as Joker Doom and Death Joker, is a recurring ability in the series. It is commonly associated with the Slots ability, being the most undesirable effect in most cases as it instantly kills the party and ignores immunity to Death.

Joker's Death is one of two ultimate abilities of Setzer's Slot command. The

combination is its most undesirable effect, killing all allies while ignoring immunity to Death. The only way to avoid is to be off the screen when the effect takes place via the Jump ability.

combination is the strongest ability, being able to kill all enemies while ignoring immunity to Death, although a handful of formations prevents 7-7-7.

Strago can learn Lv.5 Death by seeing either version.

Joker's Death may be reversed with confuse, allowing 7-7-Bar to defeat formations that otherwise block 7-7-7. It can also be redirected by having Gogo Jump to avoid the effect, then use Mimic to have him copy the ability. When this variant of Joker's Death is used via Mimic, it will target enemies instead of the party.

Death Joker is a possible result of Cait Sith's Slot Limit Break by matching Face/Face/Bar. It is the worst ability to get as it kills all allies while ignoring immunity to Instant Death. If the battle is a Side Attack, it will only target one side of the party, thus avoiding an instant Game Over if at least one character is alive on the other side. 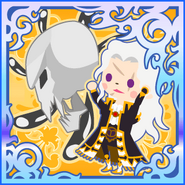 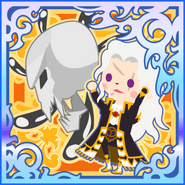 [view · edit · purge]Joker may refer to a jester or fool that was a historical person employed to entertain a ruler in medieval times or a special type of playing card found in most modern decks usually depicted as a court jester.