Quest: Byakko of the West

Ixion is a wind-elemental Eidolon from Final Fantasy Dimensions II. It can be obtained as a signet for Jornee to equip by doing the "Byakko of the West" side quest during the Middle Ages.

Ixion is one of Jornee's stronger signets towards the ending of Chapter 3-2 of the "Crystal of Time" arc. If obtained by defeating the level 45 Byakko challenge, Ixion will provide Jornee with a decent boost for all her stats during the chapter's ending. Its Thundara black magic abilities allow Jornee to have a way to deal powerful wind-elemental and machine-killer damage to multiple enemies, which are useful during the arc's 4th and 5th chapters.

The following are the abilities Jornee can learn from Ixion: 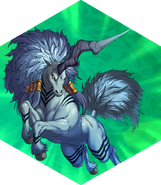 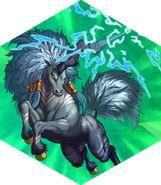 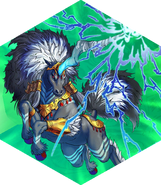 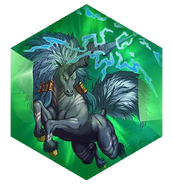