Item duplication glitch appears in a few Final Fantasy games, allowing the player to duplicate items. The mechanics of the glitch vary.

The item duplication glitch is found in the DS version. It does not allow for the duplication of items not usable in battle, such as armor, magic, or weapons.

If done correctly, one will have an extra copy of the chosen item. Phoenix Downs in particular are excellent for stocking up on, as they are not sold in shops.

The trick can be repeated as many times as necessary, but may corrupt the save file—having a back-up save is advisable. The glitch can be exploited on the PAL version, but only when using the stylus to confirm (instead of the

There are a few different glitches in the SNES and PS version that let the player duplicate weapons and shields used in battle. This bug was fixed in the Easy Type version. 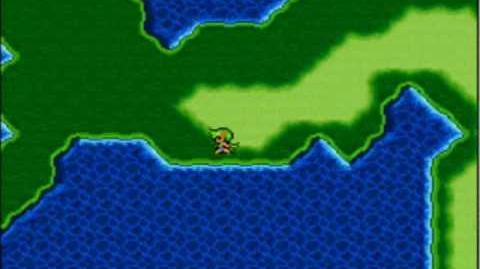 The original SNES version (Final Fantasy II in North America), and its PlayStation ports, contain an exploit that allows the player to duplicate any item that can be equipped in either hand.

Each character that begins the battle can use this bug to duplicate the items in both hands, but it works only once per battle, and only with the items equipped when the battle begins.

This bug could be exploited to multiply unique weapons, like the Crystal Sword or Gungnir spear, making them practical as ammunition for Edge's Throw command. This would also allow Edge to equip two Masamunes.

This glitch does not work on arrows.

This glitch was previously documented in the February 1993 issue of Nintendo Power, where it instructed the player to flee the battle after performing the initial steps.

This is a common speedrunners' trick. 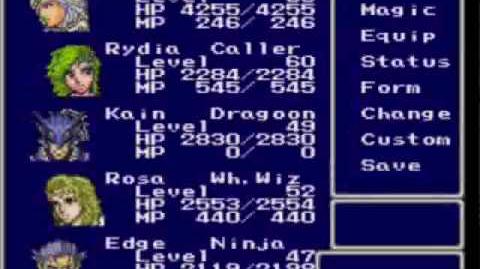 The "255 anything glitch" is a duo of glitches found in the SNES release, both of the same nature, but performed differently. The first is performed with Cecil and the Avenger weapon, as well as being able to equip him with arrows and a bow.

The second, and arguably harder, version of this glitch, involves using anyone who can equip a bow, as well as the Berserk spell.

The infinite items glitch allows the player to end up with an infinite number (shown as 55 in the inventory screen, but is really 255) of just about anything in the game. It requires the Ninja ability Throw and the Thief ability Steal or Mug. The glitch was fixed for the Advance version.

Filling the player's inventory with various items can be a side effect of the infamous Sketch bug.

A new bug was introduced in the Game Boy Advance version, but this was fixed for the mobile/Steam versions. During the final battle, the function that replaces fallen party members accounts for fourteen characters, despite there being a maximum of twelve characters brought to the dungeon. As a consequence, if each tier is completed with a lone survivor, Terra will join the battle against Kefka, regardless of her presence and recruitment status. Therefore, when two instances of Terra are present, duplicating her handheld equipment becomes possible. The equipment of both Terras must be removed during the battle. Upon completing the game, Terra will retain her equipment, but the items that were removed will remain in the inventory.

The player can duplicate items with the W-Item Materia during battles. Normally only regular battle items can be duplicated, but with different variations by using the Morph and Steal commands, it is possible to duplicate any item in the game, leading to possibilities such as boosting characters' stats with Sources and duplicating valuable items to sell them for gil, or duplicating items used to boost chocobos' stats for the racing. 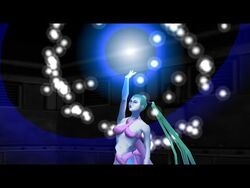 It is possible to duplicate the Shiva Materia by running into the guarded elevator in Under Junon just before the scene where Priscilla gives the Materia to the party. The guard tells Cloud off when the player approaches the elevator, and also when they talk to him normally; the goal is to trigger both text boxes simultaneously. The guard talks twice, but during the second text box, the player can move. Leaving the text box open, the player can talk to the old man pacing by the house below to stop him on his tracks and open his text box, and Cloud retains his ability to move.

With the old man's dialogue box open, the player can climb the stairs to Priscilla's house. She emerges, but her text box is cut off by the old man's text box. Skipping that, the player can again move Cloud, who should be positioned at the bottom of the stairs where he normally is for the cut scene where Priscilla gives the Shiva Materia to him. Closing the text box progresses the scene and Priscilla descends the stairs to give her gift to Cloud. Afterward, the player retains movement of Cloud; while the others are still talking, the player can walk off and enter the nearby house. Returning to the field, the scene where Priscilla gives the Shiva Materia to the party is still available, because the scene was previously left unfinished, allowing the player to gain multiple copies by doing the same scene multiple times. 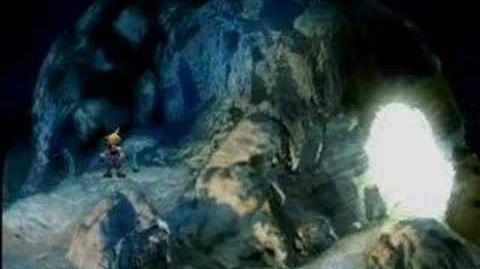 A number of items in the Great Glacier do not prevent the field character from moving during the item pickup: the Mind Source, the Potion, and the Elixir. Due to the scripts of the latter two, these items can be picked up infinitely, known as the infinite Elixir glitch. The item can be picked up, but mobing is not prevented, and at the point of receipt the item has been added to inventory and the flag has not been set. While the receipt is not dismissed the script does not continue. Therefore, if the player picks it up and then exits the room (either via the door or passing out), they will have the item in their inventory and can pick it up again when the room is re-entered.

The script set-up for the Elixir and Potion is also the same for Alexander, Added Cut, and All, though movability is disabled. These items can still be picked up infinitely if they are picked up as the player takes the last step. The item will be added to the inventory, the receipt displayed, and if it is not dismissed, the player will end up the cabin with item in their pocket but the pickup still available at the original point. This method is time-consuming and often requires thought out plans, though some step-plans have been discovered that guarantee obtaining some of the items on the last step.

The item duplication trick at Northern Cave has the player's party members find items from the paths Cloud doesn't take; it is possible to both open the chests as Cloud, and have the party members "find" the same items, getting the treasures twice.

Chicobo must be inside Chocobo World while still carrying a full stock of items at the moment of backupping the save data. The exploit can be performed as follows:

This can be repeated as many times as needed. Items that can be duplicated are about 128 out of the 198 available in Final Fantasy VIII.

The weapon duplication bug can be executed in the PlayStation version and lets the player duplicate certain weapons.

The player can duplicate consumable items, such as the Cure Potions, Heal Potions, Refreshers, and Seeds. The player needs to enter a battle, have their ally on Manual so they can input commands for them, select the Item command, use the item the player wants to duplicate with Benjamin, and confirm. The player will now be on their ally's battle menu. The player should cancel out everything and run away from the battle. The game will give the player +1 after the battle of the item they selected to use.