Ironclad is an enemy in Final Fantasy X, created in the Species Conquest at Monster Arena after ten Iron Giant and ten of each type of Gemini fiend have been captured. The prize for unlocking it is 60 Mana Tablets and the cost to fight it is 8,000 gil. It uses the same model as the Iron Giant.

If the characters have Evasion of 200 or more, almost all of Ironclad's Reppageki attacks will miss. 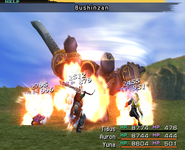 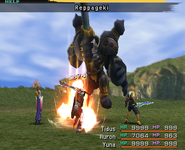 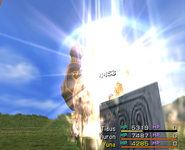