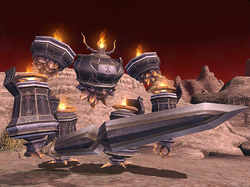 Being a hulking metal colossus imbued with life by some eldritch powers. The sheer force of its ponderous footsteps akin to small earthquakes, with mighty swings of o'ersized arms does it rain down wanton destruction upon all below. What grievance does it bear against our kind, to hunt us with such unrelenting fervor?

Is it even capable of thought, or does it merely attend the orders of some nefarious master? What is certain is this: these constructs present perhaps the most immediate threat to our livelihood.

Iron giants are enemies in Final Fantasy XI that tend to lie dormant in a spot. They can detect movement from far away and face the incursion while still dormant, but won't attack until their target is very close. While not particularly fast, they chase relentlessly. When their target manages to escape or is slain, iron giant slowly returns to their resting place. 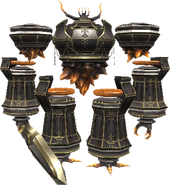 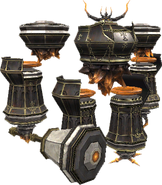 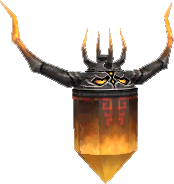 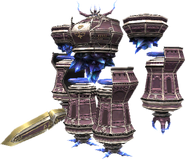