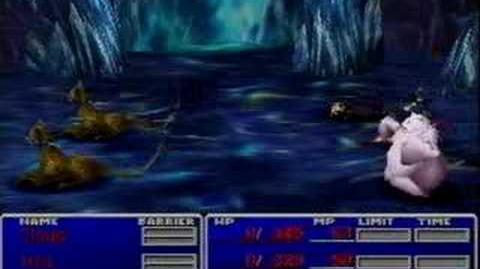 There are three areas in the game where this occurs: 59th Floor of Shinra HQ during the first raid, after killing the three Mighty Grunts; Gaea's Cliff, in the area after the player kills Schizo; and in the subway tunnel in Midgar on disc 2, after beating Turks:Elena, Turks:Reno and Turks:Rude.