Inflicts imp status on the target, or removes it if already inflicted.

Imp is a magic spell from Final Fantasy VI. It inflicts the imp effect on a target, which disables almost all abilities, and reduces the Attack stat of all weapons except for Impartisan to 1. Though the spell is normally crippling, and is almost always crippling on enemies, party members with imp equipment can still make the spell beneficial. Most of the time, the spell will be used to remove the status from those under it. The spell is learned by Celes naturally, and taught by magicite to other party members.

The spell can be learned from Cait Sith at a x5 rate, or at a x1 rate from the Tortoise Shield, Saucer, or Reed Cloak. Celes can learn it at level 13. In the Advance and following versions, having immunity to the imp status will also cause immunity to the spell Rippler.

The imp status reduces the unit's Attack to zero (meaning only their base Strength is used to determine attack damage), and their Defense is the character's base Defense (except when using the imp equipment). The only battle commands usable while a character is under the imp status are Attack, Items, Magic, Revert, Mimic, Row, Defend, Jump, Dualcast, Pray, and Shock.

A character under the imp status does not change said character's sprite outside of battle. The imp has a full spritesheet, including a chocobo/Magitek riding sprite that cannot be seen. The majority of the guest characters lack a riding sprite.

Pray is executable when selected, but will fail since it is essentially the Cura spell. All spells except Imp are disabled, so the Pray command's Cura fails automatically, as it draws its information from the real Cura spell. Normally imp characters cannot use their commands; however, Leo can still use his Shock command, even after being transformed into an imp. This is because Leo is a temporary playable character not meant to be playable outside of the battle against Kefka in Thamasa. He cannot inflict the imp status during battle and there's no way to inflict Leo with imp prior to the battle. Imp also works normally on Tranced Terra, however, she will retain her sprite until she is defeated or petrified. If Cyan is imp while doing his Sky technique, it results in the psycho Cyan bug.

The only magic spell usable after being transformed into an imp is the Imp spell if the character has learned it. It can be used to attack an enemy or transform a character back into human form. Imps can also be cured by using a Green Cherry, or prevented altogether by equipping the White Cape.

Imp can be absorb by Runic in the Super Nintendo version, but this was later changed. This is likely because it changes Celes's sprite into an imp for a brief moment before reverting it.

There is an advantage to being hit with the spell; imp characters can take full advantage of the imp equipment, which increases their stats significantly. These are the only pieces of equipment which give a character inflicted with imp status boosts.

The Imp spell can be very useful when used on enemies, as it is capable of affecting certain bosses, such as Number 024. As most bosses will not be able to remove the imp status, they are effectively powerless for the entire fight. However, there are some monsters who automatically perform critical hits if turned into imps.

As the strength Imp spell is not affected by the stats of the caster, Imp can be taught to any party member and will have the same effect on all of them. Because of the importance to remove the imp status from a character, Imp is a priority spell to teach to everyone. 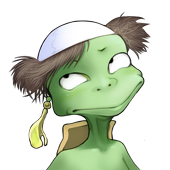