Morrow's version of Ifrit can be obtained for completing the "Meteorite Revisited" main quest during the events of Chapter 1-1. Ifrit's signet provides basic stat boosts for Morrow and teaches him Fire abilities. Due to being an early game signet, the player should replace Ifrit as soon as stronger signets become available.

Jornee's default version of Ifrit is automatically equip to her when she joins the party in Chapter 2-1. The default Ifrit provides her with average stats. The signet should be replaced as soon as stronger summons become available.

The strongest Ifrit signet for Jornee is obtained for completing the "Incomplete Clone" main quest during Chapter 5-1. At the moment the signet is obtained, it provides a balanced boost for her attack and magic stats, although has subpar HP, MP, and speed. This version teaches Jornee her strongest fire-elemental spell at the time, Firaga. While this version has a passive of boosting Jornee's fire-elemental damage by 16%, it is also available on stronger fire-elemental summons with significantly better stats, such as the Flame Mage summon from Babil Tower. In addition, the signet's Firaga abilities eventually are outclassed by the Kaustra abilities.

Morrow's signets use Ifrit's default character artwork. Physically, he appears as a bestial human that has red skin and white hair. His outfit consists of black shorts, his body is adorned with golden jewelry, and he wears a white headband. His final artwork depicts Ifrit with bright golden hair and encircled with flames.

Jornee's first version depicts a smaller version of the summon. Reminiscent of a satyr, this version of Ifrit has goat-like legs and horns. All versions depict him with hair made of burning flames and adorned with golden jewelry. His final artwork depicts his flaming hair being a fusion of red and azure-colored flames.

Jornee's second version depicts Ifrit in a bestial manner, similar to his appearance in Final Fantasy VIII. The final artwork for this version of Ifrit depicts him opening his fists to reveal massive claws, while also being enveloped by claws made of red and azure flames.

The following are the abilities Morrow can learn from his version of Ifrit:

The following are the abilities Jornee can learn from her first version of Ifrit:

The following are the abilities Jornee can learn from her second version of Ifrit: 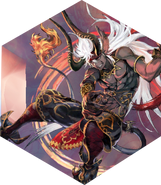 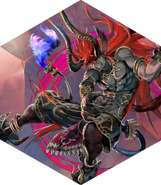 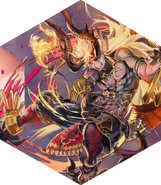 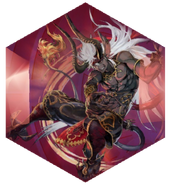 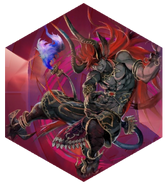 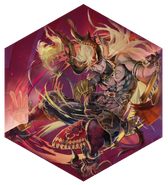 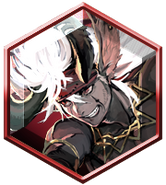 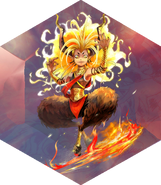 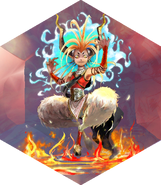 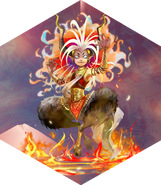 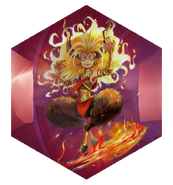 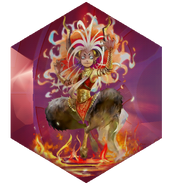 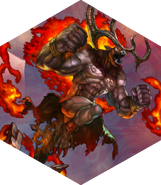 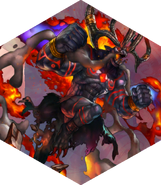 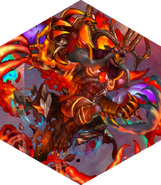