Hydra are three-headed dragons in Final Fantasy XI that were first spoken about by the lone survivor of a missing volunteer unit when he returned to Al Zahbi. He told an unbelievable story of a three-headed dragon that attacked his companions while they were on a mission deep within the Wajaom Woodlands. Though they fought gallantly, their mauls and magicks were no match for the Tartarean wyrm's thick, squamous hide, and it was only a matter of moments before the mephitic miasma that poured from its gaping maws scorched the lungs of the ill-fated warriors.

While ancient tomes indicate that the Hydra is an independent beast that roams the outlands of its own will, the interrogation of a Mamool Ja spy revealed that the reptilian horde has been attempting to tame the dragon by luring it to their training grounds with the raw flesh of their prisoners. If they are successful in soothing the savage beast, they may soon learn a way to utilize it in battle, thus spelling doom for the Empire's armies. All high-level mercenaries are recommended to enroll immediately in eradication expeditions. 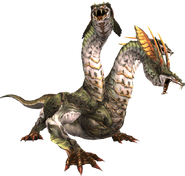 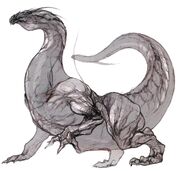