The Humes are a human race and one of the Enlightened Races available to play in Final Fantasy XI.

Humes fit the role as the versatile, jacks-of-all-trades. Originating from the Bastok region, Humes have spread to the farthest reaches of Vana'diel. Hume players are rewarded with a Bastok Ring if they start in the city of Bastok. They have equally balanced abilities, moderate Intelligence, and high level of skill in numerous areas. This combination of traits has played a large role in Bastok's growth into a prosperous nation of technology and industry.

Adaptive and inventive, Humes initially come from an empire from the east, with members wandering to Vana'diel forming the Republic of Bastok in alliance with the similarly uprooted Galka race.

Humes are diverse in temperance but display traits of self interest and apathy towards those different from themselves. This trait is associated with the Empire of Aht Urhgan, who frequently ignores the plight of Vana'diel and remains enclosed.

Hume names come in as wide a variety as the places Humes choose to live and don't follow a set naming law. E.g. male Hume names "Carmelo" and "Arawn" are typical, but so are names like "Naji" and "Piotr". For females, "Hilda", "Rin", "Brigid", and "Tami" common.

Physically, the Humes reflect humans in their ability to adapt. They are shorter than the Elvaan and Galka, but taller than the Mithra and Tarutaru. They have balanced abilities, moderate intelligence, and high level of skill in numerous areas.

Because of their versatility, Humes can perform well in every role. They may succeed slightly more in well-rounded positions that draw on the majority of stats, such as Red Mages, Blue Mages, and Beastmasters.

Humes do not do quite as well as others when a job requires particular stats, such as Dragoons when compared to the Elvaan, or as Thieves when compared to the Mithra. However, no Hume should be deterred from any job they wish to try. Indeed, the ability to do well in any job is likely the reason Humes are the most common race in Vana'diel.

Though the Humes established in Quon do not seem to be interested in such pursuits, the Hume nation of the Empire of Aht Urhgan are driven by conquest; locked in battle in the Aradijah continent. The Empire possesses a sizable professional military for its foreign expeditions and local defense.

The military in the Republic of Bastok are primarily made up of militia forces. The army is formed by citizens and adventurers who join as part of a voluntary conscription system. Even the legions that make up the core of the army are generally not career soldiers.

The following table shows the level 1 statistics for each class a Hume can take, keeping in mind that the difference in attributes between each race is quite negligible, and any of them will be able to do any job competently as long as they are geared well: 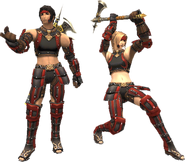 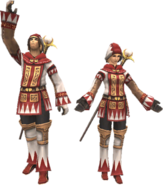 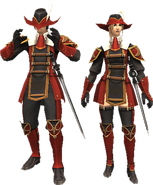 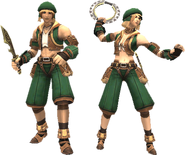 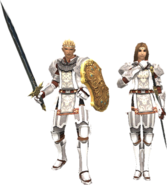 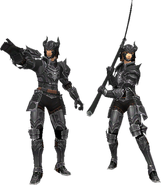 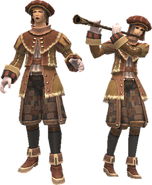 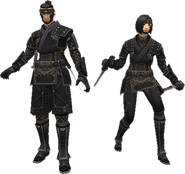 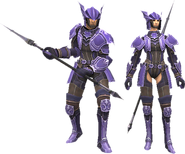 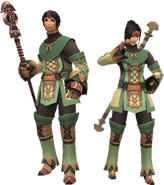 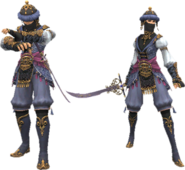 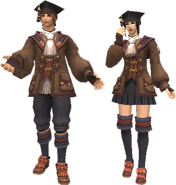 The Hume character design was done by Tetsuya Nomura. The initial designs for Hume armor saw males with standard armor that gave them a bulkier look, while females had more form-fitting equipment that matched the curves of their body. In terms of weapons males were also originally intended to receive longer, broader swords, while the swords for the women were thinner, intending to be easier to carry and wield.[1] 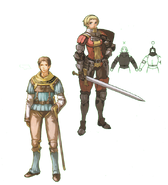 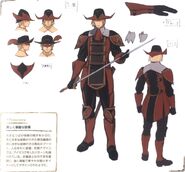 The term "Hume" is a contraction of the word "human", of which this race is a fictional representation.