Hitoshi Sakimoto (崎元 仁, Sakimoto Hitoshi?) is a famous video game music composer. He began his career in music as a freelance composer, working with synthesizer drivers. In his early works, he would write out his name as YmoH.S., as a nod to his favorite electropop band Yellow Magic Orchestra.

Sakimoto began his video game music career along with longtime friend, Masaharu Iwata. Their friendship had started even before his joining to Square, when they would compose musical scores for the video game company Quest. With Quest assimilated into Square, Yasumi Matsuno, a well-known developer of Quest, approached him and Iwata to compose the musical score for Final Fantasy Tactics.

With the success of Final Fantasy Tactics, Matsuno again employed the duo to compose the soundtrack for Vagrant Story. After the release of Vagrant Story, Sakimoto bowed out of Square to found his own soundtrack composition company, Basiscape. Iwata would join Sakimoto in Basiscape, along with other composers, to create soundtrack for various media.

However, Matsuno would again call for Sakimoto and Iwata to compose for two of his works: Final Fantasy Tactics Advance and their last collaboration, Final Fantasy XII, both games that takes place in Ivalice. Since then, the three names have been synonymous with works pertaining to Matsuno's world, Ivalice. The release of Final Fantasy XII increased the demand for Basiscape and since then helped the company expand their profile.

In 2006, Sakimoto composed and produced the album "Colors of Life" with Lia. Yukiko Mitsui, who worked on the Final Fantasy Tactics soundtrack, wrote the lyrics for the album. Sakimoto arranged most of the tracks, along with Yutaka Kumada.

Musical Works within the series[] 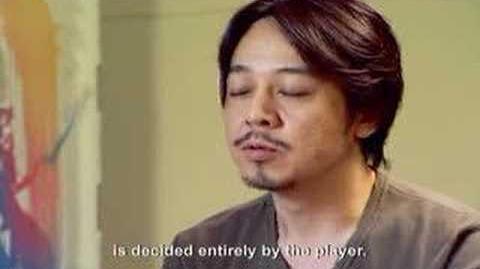 Hitoshi Sakimoto has given an interview on his works for Final Fantasy XII.