Hellish Claws (地獄の爪, Jigoku no Tsume?), also known as Hell Claws and Inferno Claws, is a recurring claw in the series. It is generally one of the strongest claws in the games it appears in, and is usually associated with the Poison status ailment.

The Hellish Claws is the strongest fist weapon, usable only by the Onion Knight, Monk, and Black Belt jobs. It provides 121 Attack, +5 Vitality, and inflicts Poison when attacking with it. It can only be found in the Ancients' Maze.

The Hell Claws (Poison Claw in the Easy Type version) is a high-ranked weapon for Yang, being his second-strongest weapon in the original and PlayStation versions. It provides 40 Accuracy, and a 30% chance to inflict Poison when attacking with it.

In the 3D release, it provides +5 Attack, 95 Accuracy, +3 Strength, and +4 Stamina as well as the ability to inflict Poison when attacking with it. It could be only be obtained from the Tower of Zot. Both Yang and Edge can equip this in all non-DS versions, but only Yang may equip it in the 3D version.

Hell Claws is the second-strongest claws. The claws can be equipped by Yang, Monk A, Monk B, and Edge. Yang is initially equipped with them, but it can also be bought in Damcyan Castle and Fabul Castle for 650 gil. It has an attack power of 0 and a accuracy of 40 with a 30% chance of inflicting Poison upon hit.

The Hell Claw is a mid-ranked claw, usable by Yang, Edge, and Ursula. It provides 40% Accuracy, +3 Strength, and can inflict the Poison status. It can only be found in the Adamant Isles Forest or in Yang's Challenge Dungeon.

Inferno Claws is a hand-to-hand weapon that provides +15 damage and +49 Delay. It deals +3.4 damage per second and accumulates +14 TP per hit. It can be equipped by level 75 Puppetmaster. It is used to obtained the Mythic Weapon, Kenkonken and in the "Unlocking a Myth" (Puppetmaster) quest. it is dropped from any NM in Nyzul Isle Investigation and 100% drop from HNMs on Floor 100 depending on Runic Disc holder's job.

The Hellish Claws are a pair of

Monks. They are a possible reward from the quest

The Inferno Claws are a level 90 weapon that grants +63 ATK, +69 BRV, and -522 HP. They also increase the Bravery damage done during Chase Sequences by 7%. They can be obtained by trading a Burning Fist, a Humbaba Leather, Brawler's Hope x5, and 153,400 gil.

A claw that can inflict poison to the enemy. The poison is so potent that a small scratch can prove fatal to the victim.

Hell Claws is a Fist weapon obtained during the Final Fantasy IV event, "The Tower of Zot". It provides 79 ATK and has a 30% chance of inflicting Poison. 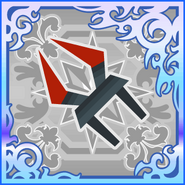 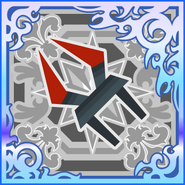