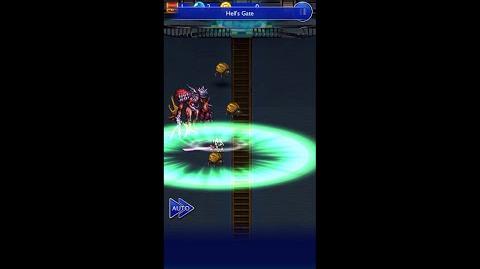 Hell's Gate (獄門, Gokumon?) is a recurring ability in the series. It is an ability used exclusively by Sephiroth, and is modeled after the Part I ending cutscene from Final Fantasy VII.

The final boss uses Hell's Gate as one of his many powerful melee attacks: he strikes the ground and unleashes fissures of energy that can reach all directions and deal damage even if the party dodges the strike, but can still be avoided by watching the length of the spikes and finding the safe space. If he is not staggered in time for the party to send him crashing down, he will use Hell's Gate to send the party crashing down instead.

Hell's Gate is an aerial physical HP Attack for Sephiroth. It is learned initially and requires 40 CP to equip (20 when mastered), 300 AP to master, and has Melee High priority. If it's stopped in midair, it will release a shockwave around Sephiroth to hit opponents, and if it connects with the ground, it will create a fissure of stone spikes with high reach that can knock away opponents not hit by the initial attack. In the original Japanese version, the attack could not be stopped, forcing Sephiroth to commit to his descent.

Hell's Gate is a HP Attack for Sephiroth, requiring 30 CP to equip (15 when mastered) and 130 AP to master. If the player holds

, they will rapidly descend. If Sephiroth connects with the ground, it will create the same fissure as before, but while descending the player can opt to let go of

to release a shockwave from around Sephiroth.

Hell's Gate returns as one of Sephiroth's Bravery attacks. With the exception of coming out faster, it remains unchanged.

Hell's Gate is a unique Soul Break exclusive to Sephiroth available via Masamune (VII). At the expense of one Soul Gauge segment unleashes a deadly dive from above dealing physical damage to all enemies equal to 336% damage potency of a conventional attack. This ability doesn't ignore rows.

Hell's Gate is an ability used by Sephiroth. This technique can be done by being in the Draw Sword Stance, and pressing the Down button.

Sephiroth uses Hell's Gate as his down air attack. While it has Meteor Smash properties, the length of the Masamune also allows it to poke through non-solid platforms and hit enemies below him. He used it on Zelda during the gameplay portion in his reveal trailer at the 2020 Game Awards on December 10, 2020. His attempting to use it on Zelda alludes to his murder of Aerith. 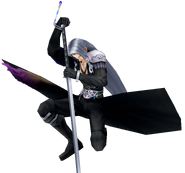 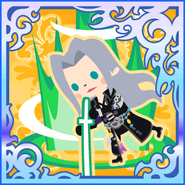 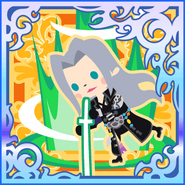 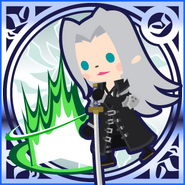 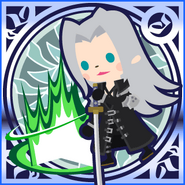 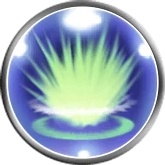 The Gates of Hell is also a monumental sculptural group work by French artist Auguste Rodin that depicts a scene from "The Inferno", the first section of Dante Alighieri's Divine Comedy.

Gokumon was a type of death penalty in ancient Japan: the criminal was decapitated, the head displayed for three days, and the body was used for sword-testing.