Healer (いやしの, Iyashino?) is a recurring support ability in the Final Fantasy series, mostly found on weapons. The ability allows the user to heal a target when physically attacking it, rather than inflicting damage. The amount healed is usually based on the user's Magic stat.

The Healing Staff is a weapon that casts Cura upon physically attacking a target. It has an attack power of 37 and gives a +2 to Magic. A Healing Staff can be found in Tycoon Castle, and others won from Alte Roite, Sleepy, and Chrono Controller. It can be used by Freelancers, White Mages, Time Mages, Red Mages, Chemists, Mimes and Oracles.

The weapon Healing Rod heals even undeads targets. It can be equipped by Strago, Relm, and Gogo. It can be found in the Esper Caves and Tzen.

Healer is a support ability learned by Dagger, Vivi, Quina, Eiko, and Amarant. It is learned from Healing Rod, Anklet, and Garnet. Mastering this ability requires 20 AP for Vivi and Eiko, 30 AP for Dagger, 60 AP for Quina, and 40 for Amarant. Two Magic Stones are required to equip the ability.

With Healer active normal attacks and Throw heal targets instead of damaging them, unless the target is undead or under Zombie. If the target was weak to the attacker's weapon element or killer ability, they are healed more.

The Healing Staff restores HP upon physically attacking a target. This staff can be equipped by White Mages, Time Mages, Summoners, and Mystics. 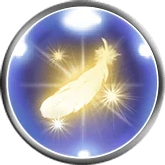 [view · edit · purge]A healer is someone who purports to aid recovery from ill health and uses alternative medicine, any practice that is put forward as having the healing effects of medicine but is not based on evidence gathered using the scientific method.