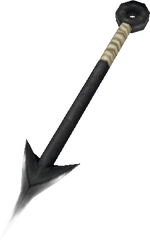 Ward's massive weapon which he throws like a javelin.

The Harpoon (ハープーン, Hāpūn?) is a recurring weapon in the Final Fantasy series. It is usually a variant of the spear weapon class.

The Harpoon is the exclusive weapon of Ward Zabac. It has an attack power of 16 and hit rate of 98. As it is wielded by a temporary character, it cannot be bought or remodeled, and it is not mentioned in any issue of Weapons Monthly magazine.

The Harpoon is a spear for Kimahri. It can be customized using a Lv. 2 Key Sphere. Its dominant ability is Piercing, allowing it to deal full damage to Armored enemies.

Harpoon is a polearm that provides 8 damage and 396 delay. It deals 1.21 damage per second and accumulates 102 TP per hit. It can be equipped by level 1 Warrior, Paladin, Samurai, and Dragoon. It can be bought for 97 - 118 gil from Taniko-Maniko in Port Windurst (H-9), Chaupire in Northern San d'Oria (E-3), and Dehbi Moshal in Al Zahbi (G-10). It can also be bought 50 Sparks of Eminence from Isakoth in Bastok Markets (E-11), Rolandienne in Southern San d'Oria (G-10), Fhelm Jobeizat in Windurst Woods (J-10), and Eternal Flame in Western Adoulin (H-11).

The Harpoon is a spear wielded by Nine. It provides 12 Attack Power and is bought from Cetme for 2000 gil.

Used to hunt giant sea monsters. Can pierce even the thickest hides.

A harpoon from a distant world. Possessing a rustic design, it is remarkably heavy. In its world of origin, it is said to have been wielded by a man who was a soldier in the army of the powerful military nation of Galbadia. Being over two meters tall, he is believed to have wielded this giant weapon with ease in battle.

Harpoon is a spear that can be equipped by Santiago. 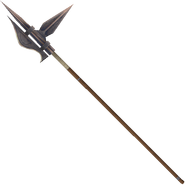 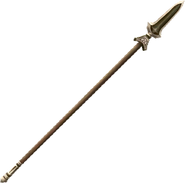 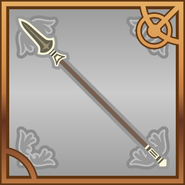 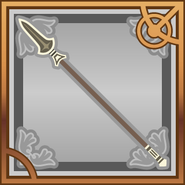 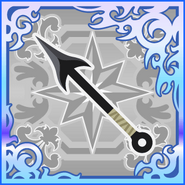 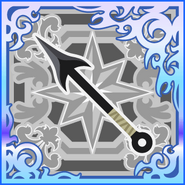 [view · edit · purge]A harpoon is a long spear-like instrument used in fishing to catch fish or large marine mammals such as whales. It accomplishes this task by impaling the target, allowing the fishermen to use a rope or chain attached to the butt of the projectile to catch the animal. A harpoon can also be used as a weapon.