Hamelin is a mid-ranked weapon for Eiko, providing 27 Attack and teaches the abilities Might, Curaga, and Jewel. It can be bought for 5,700 gil at Esto Gaza after the Desert Palace before going through the Shimmering Island portal; if not bought before this point, it will be lost forever, making it impossible for Eiko to learn Jewel.

Hamelin Flute is a wind instrument that provides CHR +2, Evasion +3, and Requiem +2. It can be equipped by level 58 Bard. 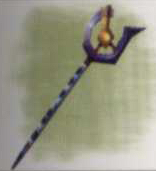 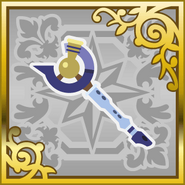 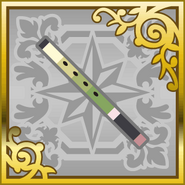 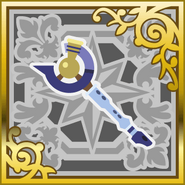 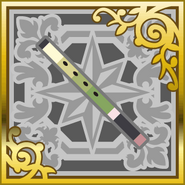 Hamelin is a town on the river Weser in Lower Saxony, Germany. The town is famous for the folk tale of the Pied Piper of Hamelin, a medieval story that tells of a tragedy that befell the town in the thirteenth century.