Learn the traits and abilities of your opponents.

Gun Mage's special skillset, Fiend Hunter, allows them to deal more damage to various fiend types with specially charged bullets. Silence does not inhibit the Gun Mage's innate abilities like with the other mage-type dresspheres.

Yuna wears a purple sleeveless top with white designs, purple gloves with silver bracelets, a long blue and purple skirt with a slit on the right side and wears purple and white knee-high boots. "Yuna" is written in dark blue on her skirt in Spiran script.

Rikku wears a purple sleeveless top with white designs and long purple gloves with silver bracelets. She wears a blue headband and red scarf, a long blue and yellow skirt over yellow bikini bottoms, thigh-high purple tights with black garters and blue and yellow ankle boots. Her name spelled "Likku" is written in black on her skirt in Spiran script.

Paine wears an indigo sleeveless top and long light blue gloves with black feathers. She wears a long light blue and black skirt over blue and gold checkered leggings, and blue and silver boots. Her name spelled "Pain" is written in white on her skirt in Spiran script.

Gun Mages wield magical guns firing bullets tailored for various enemy specifics. Yuna's Gun Mage victory pose is to hold her fists to her stomach, then holds out her gun. Rikku spins around, pumps her arm, and then crosses her arms, while Paine flicks her hair and puts her hand on her hip. 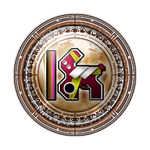 Mastering Gun Mage requires 360 Ability Points and learning all 16 Blue Bullets. Because it requires a special weapon, Fiend Hunter and Blue Bullet cannot be accessed outside of the Gun Mage dressphere.

Equipping a captured creature with the Gun Mage dressphere gives them access to White Wind.

Multiple copies of the Gun Mage can be found on the ground inside the tower or bought in shops. It increases Attack, Magic and Magic Defense by one point per each level. The Gun Mage allows the player to steal abilities from enemies to use them later, but the abilities vanish after being used, and the player can only stock up to eight abilities. It has a poor HP growth, so therefore it is best used by advanced and experienced players. Its regular attack range is three tiles ahead of the character. 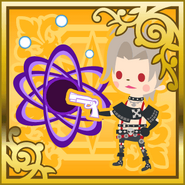 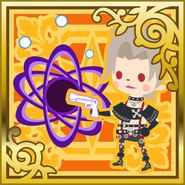 Yuna as a Gun Mage.

Rikku as a Gun Mage.

Paine as a Gun Mage. 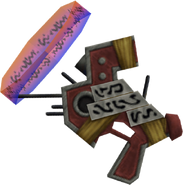 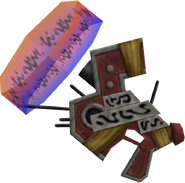 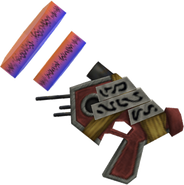 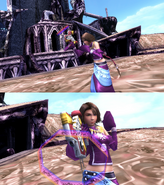 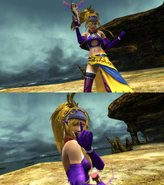 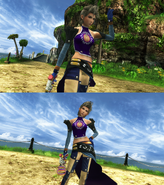