Griever is a boss in Final Fantasy VIII battled in one of the phases of the final battle. It is summoned by Ultimecia as her Guardian Force. Griever is called whatever the player named Squall's ring when he described it to Rinoa during the Battle of the Gardens, to reflect that it is part of Squall's mind. Griever's true nature is made more explicit in the Japanese version where Ultimecia claims to summon the one entity Squall views as the most powerful whose power would only increase the stronger Squall envisions it.[1] This means that this manifestation of Griever is powerful purely because of its importance as a symbol in Squall's mind, and could even be seen as Squall needing to overcome a part of himself to win the battle.

Griever is an anthropomorphic leonine creature with a pair of wings, crimson blade-like protrusions on its arms, and horns. Its skin is deep purple with crimson patterns. It has white hair or fur on his head and parts of its body, and its wings are bat-like, yet have white feathers instead of leathery membrane.

In Squall's mind, the strongest GF. Through Ultimecia's power, continues fighting without vanishing.

-Fought once the Ultimecia enemy is defeated.
-This boss is named according to what the player named the ring earlier in the game.
-Flying enemy.
-Renzokuken always does 5 hits.
-Must be defeated to face the Ultimecia (Griever Form) enemy.

Griever is fought during the second phase of the final boss battle, and later merges with Ultimecia in the third phase creating a hybrid. Its main attack is Shockwave Pulsar, which is Quistis's ultimate Blue Magic. The player can tell when Griever is about to use it, as the battle background will be swirling and shaking more than normal. During the battle Griever blows away the party's magic reserves. As with all stages of the final battle, knocked out party members may be absorbed into time if not revived fast enough.

The party can mitigate the damage from Shockwave Pulsar by using Shell and junctioning for high Spirit. The party can also summon a Guardian Force to take the brunt of the attack. It is best to heal to full health before Griever uses it.

Before the final battle it is useful to fill everyone's magic reserves so all spaces are used, even with spells like Fires and Blizzards that are not used for junctioning, as the final bosses are capable of destroying the player's magic stocks, but the chosen spell is random.

The music that initially plays during the battle is "Premonition", continuing from Ultimecia's first phase. When Griever uses Shockwave Pulsar for the first time, the music switches to "The Legendary Beast", which is exclusive to this boss. 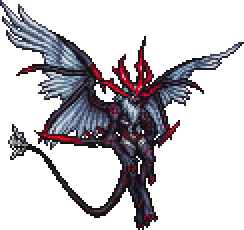 [view · edit · purge]The name originates from Russian "Грива" (griva) which means ruff or mane. It is transliterated to "Griever" in English, which comes from "to grieve" - "to feel great sorrow".