Short
The Great Trango is is one of the rare special weapons added to the Zodiac versions of Final Fantasy XII. It is the strongest one-handed sword with the lowest charge time, and second-greatest combo rate (behind the Kumbha, the one-handed katana; katana having higher combo rates than one-handed swords in general).

As with the Seitengrat, this weapon has no model and therefore it appears the character is attacking with an invisible weapon. It requires no license to use, and thus anyone can equip it.

Great Trango is found in a very rare (2% chance to spawn) treasure in Subterra (Abyssal - South) or stolen from Zodiark (3%). With Thief's Cuffs the steal chance is doubled to 6%. 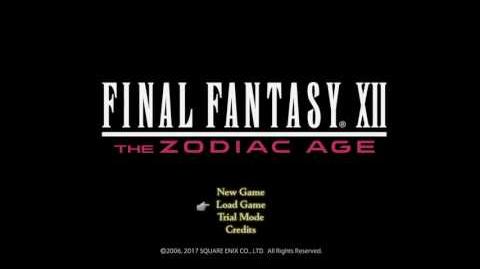 There are ways to make the treasure always be Great Trango by exploiting the game's random number generator (RNG) in The Zodiac Age version, such as in this YouTube guide. The player should create a new save file in Nalbina Fortress at the beginning of the game as Reks, and then load their main save file. In their main save file, the party should enter Abyssal - South in Subterra, defeat all enemies in that room and claim the Megalixir chest there. The player should leave and re-enter (with a single party member, with weapon and any gear adding status effects removed and the Diamond Armlet equipped), close the application, and then re-open it.

Another simpler method to manipulating the RNG to obtain the Great Trango is to create a new save with Reks at the Save Crystal (after defeating the soldiers). After killing every enemy in Abyssal - South in Subterra, removing all but one party member (equipped with nothing but the Diamond Armlet), one must close the application and return to the Reks save previously made, use Cure on him until the number sequence 97, 88 and 86 appear. Without closing the application, one must return to the quicksave made in the Pharos, hit oneself once and use Cure once, then open the chest.

Great Trango is a mountain peak in Trango Towers, a family of rock towers in Gilgit-Baltistan, in the north of Pakistan. When the team first started making the International version, the game's director Hiroyuki Itō was interested in mountains and wanted to use interesting names for the game.[1]