Rod containing the power of Gravity.

Gravity Rod (グラビティロッド, Gurabiti Roddo?), also known as Rod of Gravity, is a recurring weapon in the series.

Gravity Rod is a mid to high-ranked rod that provides 120 Attack, 135 Hit Rate, has Two-Handed compatibility, is Earth-elemental, has a 25% chance of casting Graviga when attacking with it, and casts Graviga when used as an item and then breaks. It can be bought for 13,000 gil at Maranda and Thamasa in the World of Ruin, found in Figaro Castle, or won from the Dragon's Neck Coliseum by betting the Punisher or Rainbow Brush. It can be equipped by Strago, Relm, and Gogo.

A rod that is so heavy that it is of little use as an offensive weapon. Meant more for the defensive-minded, it is said that users of this rod carry the weight of the world on their shoulders.

A rod from a faraway world, imbued with the power to control gravity. In that world, one can find a rod like this in the depths of Figaro Castle, a stronghold that travels through the deep desert sands, or perhaps purchase one in a remote, hidden village where magic casters reside.

Rod of Gravity is a Rod obtained from the event Demons Unleashed. It provides 5 ATK, 35 MAG, and access to the spell Gravity.

Gravity Rod (FFVI) is a Rod obtained during the Final Fantasy VI exploration event, Figaro Castle. It provides 60 MAG and enables usage of the ability Graviga. 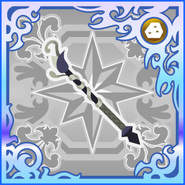 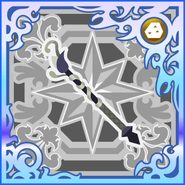 [view · edit · purge]Gravity, or gravitation, is the natural phenomenon by which physical bodies appear to attract each other with a force proportional to their masses. It is most commonly experienced as the agent that gives weight to objects with mass and causes them to fall to the ground when dropped.