The Gorgon, also known as Gorgone, is an enemy in the Final Fantasy series.

It can be found on the World Map of the Floating Continent around Tokkul, Gulgan Gulch, and Dwarven Hollows. As with its cousin Cuphgel, they can be defeated easily with physical attacks, though the first time they are encountered, they can pose a bit of a threat as they tend to travel in groups with other annoying enemies. 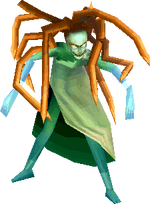 She is only encountered in a small area, south of the Sylph Cave. At the time that she can be fought, she is not a dangerous enemy, though she can inflict Gradual Petrify with her Stone Touch ability.

Main article: Gorgon (The After Years)

The Gorgon is an enemy in the Crystals: Fabul.

It can be found in the Bone Dungeon and Doom Castle areas. It has three phases. After losing some health its horns and fangs are cleaved off, and eventually has portions of its back sliced off. 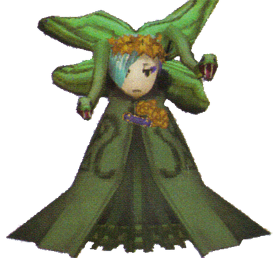 The Gorgon is an enemy from Part II that can be found in the Invidia Underground and Spelvia Dungeons.

[view · edit · purge]In Greek mythology, the Gorgon was a terrifying female creature who had hair of living, venomous snakes, and a horrifying visage that turned those who beheld it to stone, the most famous being Medusa.

Enemies
Retrieved from "https://finalfantasy.fandom.com/wiki/Gorgon?oldid=3249690"
Community content is available under CC-BY-SA unless otherwise noted.