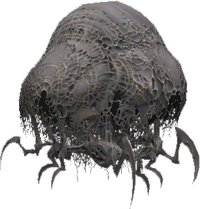 Gorgers are a type of Empty, born of the memories of souls trapped within Promyvion. They can associate themselves with any element, as indicated by the glow of their cores, and their weaknesses and resistances depend on that element. Gorgers feed in Promyvion - Dem and Promyvion - Vahzl, and, like other Empty, can leave behind Memories and certain Recollections when they die.

Gorgers resemble bloated ticks, and possess an insatiable hunger, thus being driven to quell such desires by continuously seeking out memories to devour.

In Abyssea - Konschtat, where the Crag of Dem has disappeared, two voracious Gorgers known as the Depths Devourer and the Hadal Satiator somehow managed to escape the Emptiness, but only appear to those who posses certain Demilune Abyssites. 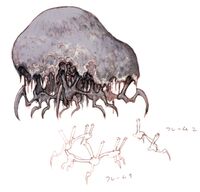