A fearsome cane capable of turning those it hits to stone. Long ago, there was once a widely feared tyrant. With this cane he fought back against any who defied him, turning them to stone. Citizens, his retainers, even his family, none were spared mercy. It is said that in the end, when his castle had become full of stone statues leaving him all alone, he then used the cane on himself.

Golem Staff (ゴーレムのつえ or ゴーレムの杖, Gooremu no Tsue?), also known as Golem, is a recurring staff in the series.

Golem Staff is a mid-ranked staff that provides 30 Attack (8 in the NES version), +3 Mind, and casts Break when used as an item during battle. It can be bought for 13,500 gil at Northeast Saronia and found at Saronia Catacombs and Bahamut's Lair. It can be equipped by the Onion Knight, White Mage, Red Mage, Evoker, Devout, Summoner, and Sage classes. In the Pixel Remaster, two party members can petrify an enemy by attacking if this staff is dualwielded by at least one character (three attacks are needed, so the other can use a single Golem Staff).

The Golem Staff is one of the Onion Knight's unlockable weapons, whilst the Sage class is in effect. It can be obtained, alongside the Serpent Sword and Ashura blades, either by random chance when redeeming a Treasure token, or by purchasing them from the Shop for 7,200 Gil. Like all other characters' weapons, having it equipped carries no advantages or disadvantages.

Golem's Staff is a Staff obtained by finding and turning in the Gale Key found at Ghost Ship. It provides 17 ATK, 7 MAG, 42 SPR, is Earth-element, and has a 30% chance of inflicting Petrify. 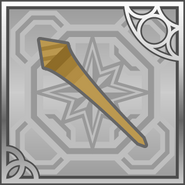 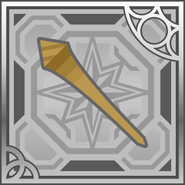 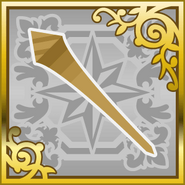 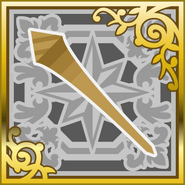