The Gold Dragon is a light-elemental Eidolon from Final Fantasy Dimensions II. Its signet can be obtained for Morrow after defeating the Golden Dragon on the thirty-seventh floor of Babil Tower during the post-game.

The Gold Dragon’s signet provides Morrow with a large boost in HP and magic, with the remaining stats receiving balanced boosts. The signet’s Gold Breath abilities deal heavy light-elemental damage to all enemies and remove their attack and magic buffs. Its Gilden Scale summon attack can serve as an adequate means of restoring HP and MP to the party, especially during the final encounter of Babil Tower.

The signet’s unlockable passive increases the potency of Morrow’s light-elemental attacks by 20%, which can increase the damage output of Gold Breath. However, due to Gold Breath and Multi-Magic being Morrow’s only means of inflicting light-elemental damage, the passive is lackluster for him to truly take advantage of, especially when compared to his far stronger neutral-elemental abilities such as Flare Breath and Chrono Blade.

Depending on player preference, the Gold Dragon can be used during the final phases of the end-game for its stats alone.

The Gold Dragon is based on the original version of the recurring enemy from Final Fantasy IV. It is depicted as a Chinese-styled dragon, having a serpent-like design with four legs and rat-like whiskers. Due to the summon’s original release during the 2016 New Years event in the free-to-play version, the signet artwork has the Gold Dragon surrounded by celebratory confetti.

The Gold Dragon’s summon attack is Gilden Scales, which restores 50% of max HP and 20% of max MP for all allies. Summoning the Gold Dragon costs 2 bars from the Summon Gauge.

The following are the abilities Morrow can learn from Gold Dragon: 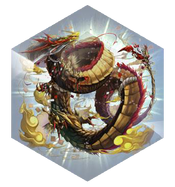 In the original free-to-play versions, the Gold Dragon could only be obtained by participating in the “Space-Time New Years” event during the game's time as Final Fantasy Legends: Toki no Suishō. The signet taught the Gold Breath abilities, and also had the exclusive passive of allowing the user to start the battle with continuous healing for three turns. The Gold Dragon’s signet rank was dependent on the event participation of the player. Its signet could be equipped by all party members. 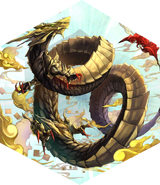 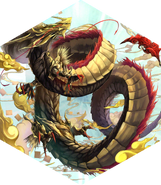 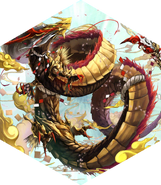 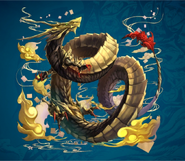 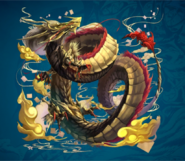 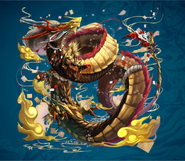