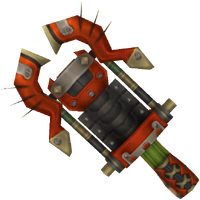 To brawl is human, to crush your foes to a pulp: divine.

The Godhand (ゴッドハンド, Goddohando?), also known as Godhands, God's Hand, or Hand of the Gods, is a recurring weapon in the Final Fantasy series. It is usually among the stronger weapons for Monks. In a few games it has a Holy attribute to it.

The Godhand (also called Hand of the Gods) is Yang's strongest weapon in the Advance and The Complete Collection releases. It is found in the Cave of Trials, guarded by Storm Dragon. It increases Strength, Agility, and Stamina by 10, increases Defense by 7, and is Holy-elemental.

Godhand is a weapon for Yang and Ursula, and provides no Attack, just like all other claws, but also provides 40% Accuracy and +10 to Strength and Speed. It is Holy-elemental, and can be found in the Subterrane.

The Godhand is Sabin's ultimate weapon in the Advance and following releases, dropped from Earth Dragon in Dragons' Den. It has an attack power of 220, increases Speed and Stamina by 3, Strength by 7, and is Holy-elemental.

The God's Hand is Tifa's second strongest weapon, dropped by Carry Armor. It has a Hit rate of 255, and has 86 Attack power. It also increases Magic by 34 and has four linked Materia slots.

The Godhand is Rikku's Celestial Weapon. It can be found in a ravine in the Mushroom Rock Road accessible after inputting the code "GODHAND" on the airship. When fully upgraded with the Mercury Crest and Mercury Sigil (Venus Crest and Venus Sigil in some versions), it has the Break Damage Limit, Triple Overdrive, Gillionaire, and Double AP abilities. Godhand ignores target's Defense.

It deals more damage the closer Rikku is to her max HP with the following formula:

The Mercury/Venus Crest is found in a treasure chest in a shifting sand pit in the final area of Bikanel Desert. To obtain the Mercury/Venus Sigil, the player must complete the cactuar sidequest on Bikanel Island, which is available after gaining the airship.

It deals +38.25 damage per second and accumulates +10 TP per hit. It allows use of the Weapon Skill Shijin Spiral at 5/5 potency as long as the weapon is equipped, without needing to put any Merit Points into it. It can be equipped by level 99 Monk and Puppetmaster. It can be obtained in the "Aeonic Weapons" quest and Mog Bonanza upon redemption of a Mog Kupon W-A119.

Knuckles known as the "Hands of the Creator."

The Godhand can be equipped by White Monks and Gadgeteers. It is not an especially powerful weapon, though it does teach the White Monk Fat Fist and is a Holy weapon. It is obtained from the mission "The Match". It provides +39 to Attack, +3 to Magic Power, +1 to Speed, and +5 to Evade.

Godhand is a high-ranked weapon that provides +39 Attack, +1 Speed, +4 Evasion, and +3 Magick, as well as teaching Aurablast to White Monks and Helm Smash to Berserkers. It can be bought for 1,500 gil in the shop after creating it in the Bazaar after using a Holy Stone, Adamantite, and Unpurified Ether.

The Godhands are a weapon for Eight. They provide 53 Attack Power and can be found as a random treasure in Bethnel Caverns. They sell for 2700 gil.

The Godhand is a level 77 grappling weapon that increases Attack by 63, Bravery by 77, and Chase Sequence Brave damage by 40%.

The gloves of a champion from another world. The higher one's HP, the greater the damage.

A fist weapon that came from the faraway world of Vana'diel. Those who use these fists gain great attack power, and are able to use its special move, the "shijin spiral."

A hand-to-hand weapon from the distant world of Spira. There are seven special weapons in Spira that exhibit tremendous power after strengthening them through special means, and the Godhand is said to be one such weapon. This weapon is said to have been used by a young Al Bhed girl who guarded a certain summoner.

Godhands (FFXI) is a fist weapon that provides 171 ATK and enables the user to use Shijin Spiral. It is obtained as Prishe's STMR.

The Godhand is a 2-handed knuckle within the Forsaken Dungeon. It provides 77 Weapon Atk, 4 Durability, +10 Defense, -3 Speed, and -3 Consumption Rate.

Knuckles crafted to resemble the hands of the brawling monk Barras Lehr.
The question of who commissioned and created a weapon of such uncompromisingly bad taste will likely forever remain a mystery.

Leá Monde's most advanced weapons and armor workshop, Godhands, is available in a New Game Plus playthrough of Square's Vagrant Story.

In Seiken Densetsu 3, Godhand refers to the Light-most class of Kevin. 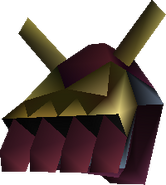 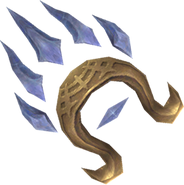 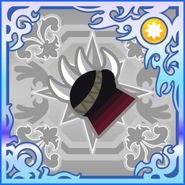 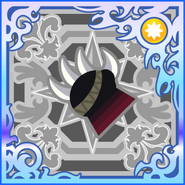 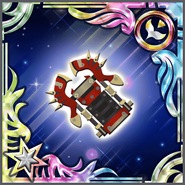 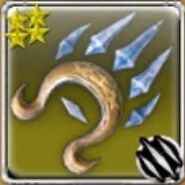 [view · edit · purge]The "Hand of God" motif is a hand with no body attached, appearing in Jewish and Christian art, especially of the Late Antique and Early Medieval periods when depiction of God as a human figure was considered unacceptable. The hand indicates intervention in or approval of affairs on Earth by God. It is an artistic metaphor not intended to indicate an actual hand is physically present and functions as symbol of either God's presence or the voice of God, or signifying God's acceptance of a sacrifice.

Alternately, it may be inspired by the founder of Kyokushin Karate, Masutatsu Oyama, whose intense training and career as a martial artist allowed him to display incredible feats of strength and martial arts skill, earning him the nickname of the Godhand.