The Giant's Gloves (きょじんのこて, Kyojin no Kote?), also known as the Titan's Gloves, Gigas Glove, Atlas Armlet, Zeus, or Giant's Ring (巨人の腕輪, Kyojin no Udewa?), are a recurring set of gauntlets of the Giant variety in the Final Fantasy series. They appear as mediocre armor that increases physical power, and appear paired with the Thief Gloves, which increase Speed in the earliest appearances.

Gloves that cast Saber when used.

The Giant's Gloves are a medium rank armor and cast Saber if used as an item, which makes them extremely useful. It grants +6 Defense, +3 Weight, and can be found in the Sunken Shrine.

The Giant's Gloves (also called Zeus) are a medium rank armor that increase Stamina, Strength, and Defense by 10, and also provide protection from Mini and Giants. They can only be dropped from Ogres, Mad Ogres, and Steel Golems.

Giant's Gloves can be equipped by Cecil, Cid, and Edge while initially equipped on the latter. It can drop from Ogre and Steel Golem found in the Upper Section of the Tower of Babil. It has a defense of 10, evasion of -1 with a bonus of +10 Strength & Stamina, and grants protection to Mini and Giants.

The Titan's Gloves are the most powerful set of gauntlets that increase Stamina and Strength by 5 while decreasing Magic and Agility by 5. They also provide immunity to Mini, a +9 to Defense, a +1 to Magic Defense, and a Weight of 10. They can be stolen from Azulmagia.

Gigas Glove is a relic that increases physical damage by 25% and does not stack. If the character whom Umaro tosses (Berserker Ring effect) has Gigas Glove equipped, the damage increase is applied to the toss. It can be bought for 5,000 gil at Albrook and Jidoor, found in Mt. Kolts, or by stolen from Hill Gigas.

The Gigas Armlet is a medium rank armor that increases Strength by 30. It can only be stolen from Gigas and dropped from Demons Gate.

An entire series of Gigas Bracelets appear and randomly drop off gigases of escalating strength. Any of the gigas Notorious Monsters listed below can also drop the basic Gigas Bracelets in addition to their named bracelet:

All of the bracelets can be equipped in the hands slot by the Warrior, Monk, Red Mage, Thief, Paladin, Dark Knight, Beastmaster, Bard, Samurai, Ninja, Dragoon, Blue Mage, Corsair, Dancer, and Rune Fencer.

There are also Gigas Gauntlets (ギガースガントレ, Gigāsu Gantore?) that drop off certain gigas family normal monsters, but these are not wearable by players and are primarily useful to be desynthesized into their base raw materials: Iron Ingots, Darksteel Ingots, and Buffalo Leather.

Giant's Glove is an accessory that grants resistance to Debravery by 30% to 45%, depending on its level, and can be upgraded to the Warlord's Glove by using the Perovskite item. It can be bought at B&W Outfitters for 3,000 gil after reaching Vallis Media in Chapter 11 and are a reward for completing Mission 28.

Giant's Ring is an accessory that grants Attack +10% to the wearer. It is bought in for 500 gil in Urbeth and is dropped by Borgbear.

Giant's Gloves is a level 85 gauntlet that provides +61 Defense, +36 Bravery, and is 1/3rd of the "Pride of the Titans" set. It can be obtained from the shop by trading 27,220 gil, Dragon Gloves, Blessed Barding x4, and Purple Gem.

A pair of gloves from a faraway world. It provides coverage for the back of the wearer's hands to their fingertips, and has the effect of increasing the wearer's attack power. In a faraway world, it can be obtained in a shrine that has sunk to the bottom of the ocean.

Giant's Gloves (FFI) is an accessory that provides +20 ATK, +6 DEF, and auto-casts Saber at the start of the battle. It is obtained from the Final Fantasy I event, Mirage Tower.

The Gigas Glove is the ultimate weapon for the Dark most class of Kevin, the Dervish. It is a crude ochre reptile/dragon leather glove, with a rectangular strap of worn lumber placed at its knuckles.

Crude metal gloves made to evoke the powerful image of the legendary giants. They employ a special mechanism to make it easier to produce more power, but their extreme weight and low mobility dramatically reduce dexterity. 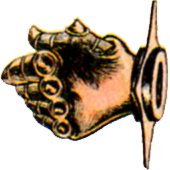 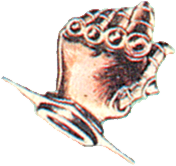 [view · edit · purge]In Greek mythology Atlas is one of the Titans, a race of primordial giants who fought against the gods of Olympus. When the Titans lost, Zeus punished Atlas by forcing him to spend eternity at the western horizon holding up the sky on his shoulders.