Yes, the twelve legendary weapons. They're weapons, they're legendary, and there are even twelve of them!

Ghido, also known as Gill in the Anthology translation, or Guido in the RPGe fan-translation, is a character from Final Fantasy V. He is an ancient sentient turtle who lives in a shrine on Galuf's World, and is known for his wisdom.

Meeting with Ghido in the iOS version earns the player the achievement "Turtle!".

Ghido is a large green turtle with a light brown shell. In his Yoshitaka Amano artwork, Ghido is covered in moss or seaweed and has more of a blue hue to him.

Being a sage, Ghido is wise, knowledgeable of the events that happened in the past and the twelve legendary weapons. He can be irritable, getting annoyed when Bartz thinks that he's just an ordinary turtle. Ghido thus has a low opinion on Bartz, believing him to be slow. Ghido is used to people revering him, as is with the scholars at the Library of the Ancients.

Bartz and his friends travel to meet Ghido after acquiring a submarine, and Bartz makes fun of him, thinking him to be an ordinary turtle. Galuf breaks up the fight, and Ghido tells them to travel to the Great Forest of Moore to intercept Exdeath.

Later, in the Merged World, Ghido is living in his shrine, which has now resurfaced, and Bartz, Faris, and Krile visit him. Krile has a splinter, which turns out to be Exdeath in disguise. Exdeath shows off his power by sparring with Ghido, who puts up a good fight. Exdeath departs as the Interdimensional Rift emerges in the skies over Castle Tycoon. Ghido accompanies Bartz, Faris, and Krile to the Library of the Ancients, where the scholars from Castle Surgate welcome him.

With the Sealed Tome restored, he explains to the Light Warriors about the Sealed Weapons they will need before they take on Exdeath in the Rift. After they obtain the first tablet, Exdeath unleashes the power of the Void in the library, declaring he's going to "take care of a turtle infestation." After Exdeath has been destroyed in the Interdimensional Rift the library, along with Ghido and the scholars inside it, is restored.

Ghido appears as a Minion. It is a rare drop from the last treasure chest in The Sirensong Sea.

In Dissidia Final Fantasy, one of Exdeath's exclusive weapons is known as Ghido's Whisker. Also in Dissidia Final Fantasy, upon reaching level 100 an extra voice sample for Exdeath will be available, featuring him yelling "Turtle!" in an angry and surprised tone, a line he uttered during his battle with the turtle sage Ghido. This line is sometimes randomly uttered at the beginning of his EX Burst once it has been unlocked.

In the GBA/PSP/iOS remakes of the original Final Fantasy, Gill is one of the automatic names the player can choose for the Red Mage Job.

In an early design draft for Final Fantasy V, Ghido was a tree instead of a turtle and was once Exdeath's master prior to guiding Bartz and his party.[1]

Ghido alludes to the Teenage Mutant Ninja Turtles in the GBA remake with the line, "You think I sat around seven centuries munching on pizza?" 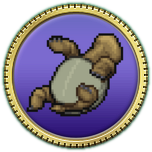