Gate before the Keep of Forgotten Time. Long ages have weathered the stone gate, but its glory is undiminished. The Mist drifting about the gate projects illusions of times long past.

When reaching the Keep of Forgotten Time, the party passes through these Gates, being attacked by aegyl warriors. These are in truth, the anima of the strongest aegyl, destined to protect the Keep, bound by the Mist that overruns the area.

As the Mist maintains the aegyl memories for eternity, the party is forced to fight the warriors for consecutive times, being able to free them once and for all from the chains of Mist that keep them for eternity. After this, the party heads to the Keep of Forgotten Time, in order to confront Feolthanos.

The party journeys to the Keep of Forgotten Time to honor Mydia's final wish and stop Feolthanos. But what awaits them at the gate of eternity?

This is a four-part battle. After all three enemy leaders are defeated, the stage is reset, which means all new summoned Yarhi vanish from your ranks and enemy units are resurrected. All allied units on the battlefield are also returned to their original starting positions, and enemy leaders, Espers, and Summoning Gates will switch around a bit. After each leader is felled four times, the mists of Time will finally cease to repeat the fight. 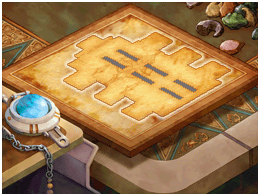 Vowing to free the fallen warriors who have stood watch at eternity's gate for countless eons, Vaan and his companions make for the seat of Feolthanos's power.

Feolthanos, taking on the persona of the Judge of Wings, waits at the entrance to the gates. He will not approach the party until his three Scions are defeated. Belias starts off in the middle of the map, replaced by Mateus upon defeat, who is replaced by Chaos upon defeat. Unlike the previous main mission, the battlefield is not reset upon each Esper's fall.

Yarhi pour through the summoning gates unbidden. Why have these unbound beasts come to fight?

Capture all the Summoning Gates to win the mission.

Could it be? Is this ancient man of mystery come again? Someone walks the bridge at the Gates of Shattered Time... Hold fast to your swords.

This is a battle against Gilgamesh and his partner, Enkidu. Multiple Enkidu will respawn throughout the battle, but the mission will only be completed when Gilgamesh is felled.

This is a unique Summoning Melee because the identity of the enemy Yarhi will change randomly with each and every battle. As such, pay careful attention to the enemy ranks and adjust the Esper Troupe accordingly.