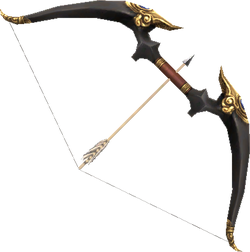 Gandiva is an archery weapon that provides 89 damage and 490 delay. It deals 10.9 damage per second and accumulates 133 TP per hit. It can be equipped by level 80 Ranger. It is upgraded from Astrild through the Trial of the Magians Archery Trials: Trial 178.

Gandiva is a bowsword used by Serah Farron. It boosts 72 strength and 120 magic for her, with Chain Bonus Lv. 5 and Siphon Damage bonus.

The Gandiva is the Anima Weapon for

Bards. It can be acquired from the quest

Coming into Its Own by upgrading the Berimbau Awoken, and further upgraded into the Hyperconductive Gandiva.

Gandiva is a bow that provides 95 P.ATK, 95 Aim, and deals 50% more damage to undead. It can be found in Dimension's Cauldron. 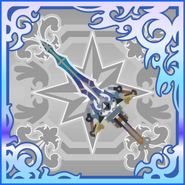 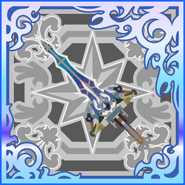 [view · edit · purge]Gandiva (Sanskrit: नानात्व, Kanthiva) is a bow in Hindu mythology. It belongs to Arjuna, the hero of the epic Mahabharata.