Inside:
Outside before Cyclone:
Outside after Cyclone:

Fynn, also known as Phin or Fin, is a city from Final Fantasy II. It is the capital of the Kingdom of Fynn, located to the northwest of the Palamecian Empire, and resists its world domination campaign. The town, castle and dungeons are visited.

Fynn is besieged when Borghen betrays the Kingdom, joining Palamecia. The people of Fynn establish the Wild Rose Rebellion in Altair to the south, with Princess Hilda as its leader, since the King of Fynn was severely injured in the Palamecian assault on Fynn. Firion and his friends visit Fynn in secrecy, after awakening in Altair, and find Prince Scott of Kashuan hidden and being aided by the pub owner at the city. They watch him in his final moments and return to Altair to report.

Later, Fynn is revisited during its recapture by the Wild Rose rebellion, with Firion and his friends leading the attack. They are successful, and the Kingdom of Fynn rises again. Not much later, the locked dungeons of Fynn are visited by the party, who search for the White Mask in order to obtain the Crystal Rod, and in succession, the Ultima Tome.

The Castle is also visited before its imminent destruction by the Cyclone, being the starting point of the party on its quest to the Cyclone's interior.

Outside, before Cyclone[edit | edit source]

Outside, after Cyclone[edit | edit source]

The Background Music that plays in Fynn is the Final Fantasy II "Town" Theme. 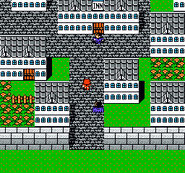 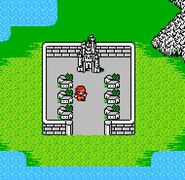 Fynn on the World Map (NES). 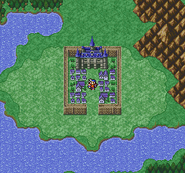 Fynn on the World Map (PS).

Fynn on the World Map (GBA).
Add a photo to this gallery
Final Fantasy II setting
Retrieved from "https://finalfantasy.fandom.com/wiki/Fynn?oldid=3282328"
Community content is available under CC-BY-SA unless otherwise noted.