Relm: I couldn't miss the chance to practice my drawing!
This article is in need of a few pictures. Perhaps you can help by uploading a picture of Final Fantasy Airborne Brigade male and female sprite.

In the technical sense, Freelancer is not an actual job class, it is simply a placeholder until the player acquires actual jobs. Thus, only games that use a job system have Freelancers. The Freelancer is distinguished by basic and/or very general abilities, as its name would imply, and unlike other jobs there is no "traditional" appearance for the Freelancer, the party members usually wearing their default clothing.

Though they lack any specific skills or strengths, this serves as their only real weakness, as otherwise Freelancers are well-rounded in all areas of combat. Also more often than not, Freelancers can equip mostly every piece of equipment on their respective games, and also being capable of using abilities from other jobs, which in essence makes them the most powerful "job". Unfortunately this is usually seen very late.

The Freelancer is the default job in the 3D versions. Although Freelancers have low base attributes, they have a diverse range of equipment, able to equip many types of armor including some exclusive to a particular job. Freelancers lack particular expertise as, while they can equip most weapons and armor, as well as use magic, their overall abilities are average. They are useful at the beginning of the game but get progressively weaker.

The Freelancer is the default job class. Freelancers have two free ability slots, can equip every piece of equipment, and have almost all of the innate abilities from any job the player has mastered, making it one of the strongest jobs near the end of the game. The Freelancer job is the only available job until the player witnesses the Crystal of Wind shatter.

When in Iutycyr Tower, if a girl breaks all her dresspheres, she will revert to her Freelancer job, which makes her weak defensively and offers little offense, though it does increase the girl's level.

Natural is the starting class for Chocobo, and is not suitable for use in the dungeons it is exploring.

Freelancer appears as the default job with basic abilities. As the only job in which the character does not wear a crown, its special ability lets the player keep Gems, which would normally be deducted in the event of a Game Over. Another class, called the Storyteller, lets the user use all their abilities from the crowns they have mastered.

"Jobless" is the default "job" that functions as a placeholder while characters have not acquired any jobs. It allows the use of nearly all equipment and comes with four open slots for equipping learned skills and abilities.

The Freelancer appears as a job card in the new Labyrinth mode, discarding all cards except Doors and Goals.

Freelancer is also a job that can be selected for a character in the player's party for Quick Battle, Friend Cards, or wireless matches. It is the default job for party members, and has no special benefits or penalties.

Bartz has an alternate costume of himself as a Freelancer from Final Fantasy V.

Freelancer is the default job. Freelancers have average stats, and the ability to equip all equipment, save for those specific to certain jobs. Additionally, they have the highest Load of any job, allowing them more freedom in choosing abilities.

The Freelancer is an overall balanced job with medium proficiency in all stats and equipment types. Its innate ability is "Stand Ground", which gives the party a chance to survive with 1 HP when they are about to be knocked out.

Agnès as a Freelancer in Bravely Default.

Magnolia as a Freelancer in Bravely Second: End Layer.

Bartz as a Freelancer in Dissidia 012 Final Fantasy. 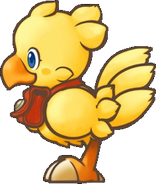 Chocobo in his Natural job class.

Main cast of Final Fantasy: The 4 Heroes of Light as Freelancers. 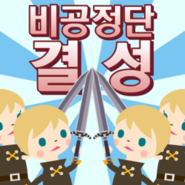 This gallery is incomplete and requires A male and a female Freelancer in Final Fantasy Airborne Brigade added. You can help the Final Fantasy Wiki by uploading images.

The term was first used by Sir Walter Scott (1771–1832) in Ivanhoe (1820) to describe a "medieval mercenary warrior" or "free-lance" (indicating that the lance is not sworn to any lord's services, not that the lance is available free of charge). It changed to a figurative noun around the 1860s.