Videos no longer seem to be working on pages, and I assume it's not just because my browser's blocking them because I have an outdated flash player.

Wikia set it up so using

<youtube> tags caused the YT video to be added to its file space (as embeds), and then that video appears on a page similar to how videos work. This change only occurred when a page was edited, therefore pages that had not been edited since the change still had

<youtube> tags. Wikia thus left the tag functional so videos still worked. And because of this we could use {{#tag:youtube}} to avoid them being converted to wiki video files and still have the video display.

However the tag doesn't seem to work any longer. Whether it not working anymore is a bug or otherwise, we were basically using an exploit to get our videos working so I'm not going to file a bug request. We instead need to decide how we go from here:

As an example of an OGG video:

That's 8.5MB, 1m23s, 720p30fps, audio 128kbps. We could impose limitations like we do for audio to keep filesize lower. I was going to say that most videos shouldn't need to be longer than a minute and a half, but with those specs we wouldn't be able to put Supernova into a video! (it's like 2 minutes long)

I originally wanted to do 3, but I think I've convinced myself it's too much work too little reward. :p

"Wikia Video" does not upload YouTube videos to Wikia, it just creates a file page for them and embeds them. It is fully supported on all platforms including mobile platforms and takes little effort to do. This one is the easiest option by a long way.--

Edge and Safari don't support OGV natively, however MW might be using JavaScript to play them. I don't have an OS that can play Safari or Edge so I can't check.
For mobile, Android's native and Chrome browser support OGV natively, and mobile Edge works well with the JS, but iOS Safari could go either way. Apparently 32-bit iOS devices might have trouble?? I don't know about the world of mobiles and how much 32-bit is a thing. JBed (talk) 02:06, March 22, 2017 (UTC)

Just tested SCL.ogg in Edge. It doesn't work and the error message is utterly unhelpful. Not even the JS helps, and when you attempt to close the tab, Edge locks up and you apparently have to Ctrl+Alt+Del to kill it. Looks like we have no choice but to use youtube tags. Cat (meow ∙ hunt) 02:22, March 22, 2017 (UTC)

Oh God. I just remembered that probably one of the reasons we stuck with {{#tag:youtube}} was because we didn't want user videos and walkthrough videos appearing as files registered to our wiki. Gdi.

Unless we want to do this manually as people come across non-working videos. I sure don't. But to have lots of wildly named and uncategorised files also sounds nightmarish. JBed (talk) 02:39, March 22, 2017 (UTC) 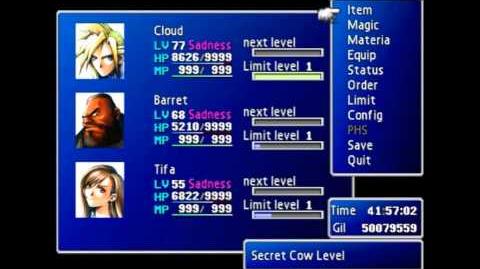 It still does. However, correction: The easy fix will take two or three editing sprees because using {{subst:#tag:youtube}} won't automatically convert the video--it will just put the code on the page for the next person to edit and create. JBed (talk) 02:43, March 22, 2017 (UTC)

Using the right regex in user-fixes.py, the bot can just convert every use of video in mainspace to subst:#tag:youtube and then probably blank edit after that. It could then convert all the uses of video outside of the mainspace to just a URL link.

YouTube's slight unreliability (which is less of a problem when we host lots of the videos on our own channel) is still not worth converting thousands of files to a format that may not even be future proof.--

So, shall we get to work on some user-fixes.py regex to get this sorted by the end of the week or so?--

Welp, sorry I forgot about that...sent it to you now anyway, better late than never I guess? Anyways, the best way to do it to me seems to be just to, after substing the youtube tag, just add some commented out text, like <!--REMOVE THIS NEXT EDIT--> and then set the bot to edit all pages in mainspace and remove that immediately after, meaning it'll definitely edit twice. The regex shouldn't be too hard to pull off (all youtube video ids contain the same number of characters right?) in a user-fixes.py so this should be easy enough to do.--

Ok, this is almost done. Userspace/walkthroughspace videos will be replaced with links to YouTube, while mainspace videos now use filespace. All future mainspace videos should be uploaded to filespace and {{Video}} will be deleted. Cat (meow ∙ hunt) 01:29, June 5, 2017 (UTC)

This seems to happen when you try to force youtube tags on videos which don't exist on YouTube. It even happens when you try to edit manually (just look at the page history!) so if you see anything like this just remove it or try to find a replacement video. Cat (meow ∙ hunt) 07:21, June 7, 2017 (UTC)