I prefer "Smartphones" more than "Mobile". FFIV for the example, has a mobile version (not the smartphone version but it's the 2D port for Japanese mobile phones (this one ( 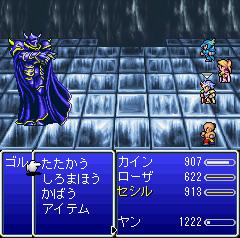 "For those, I think they can be referred to as "Phone" games. Phone is accurate for those as they're played on nothing else, with Mobile, they are used on any smartphone, tablet and on some random consoles using the Android OS which is a mobile OS at its core anyway."

I've noticed this for some time now and wasn't sure whether to bring it up, I mean it worked for when they were just on iOS but with that not being the case now we should probably make it a bit clearer. Tia-Lewise

the problem i see lies in how we're classifying support for platforms. because "platforms" can be a hardware or an OS or both, its pretty complicated. the proprietary console ones are straightforward.. but for the smartphones/ouya/android tv i think we should just list by OS as it makes more sense, cos its the "common factor" found between the devices. 1 OS can be used on many devices, and (at least for now, barring exceptions) each device only supports 1 OS. the PC/windows thing is no different right? the platform section of the infobox displays Windows, whereas the release date section will say PC version. in the articles i think we should just refer to the OS platform, since it seems like version differences do not exist within the same OS version? If we have to refer to them as a collective, i guess Android/iOS will have to do--Arciele Spira (talk) 11:13, October 26, 2014 (UTC)