Once again, I disagree, and I still think it belongs under tier 1 for reason 3. Specifically:

I believe that not only is Bravely Default worthy of full Tier 1 coverage based on the above listed elements, but it is actually closer to the main Final Fantasy series than some of the other Tier 1 games; Chocobo Racing comes to mind.

Oh, and while I was confident that they would change the title to include the name "Final Fantasy" when they translated it (ala Chocobo's Dungeon getting the "Final Fantasy Fables" title) and was rather surprised when they didn't, it wasn't a pivotal factor in my decision. I was expecting Square-Enix to lack confidence in the English-speaking commercial viability of their non-Final Fantasy titles--most of them have failed, after all--and change the allusion to an inclusion, for marketing purposes and I'm curious as to why they didn't. They have leaned on the Final Fantasy name rather heavily in the past, to the point of rebranding the early SaGa games as "Final Fantasy Adventure". I can only speculate that they really did feel that they had damaged the Final Fantasy brand with their recent problems and no longer could rely on it to get sales rather than lose them. But who knows? Hashmalum (talk) 09:40, December 11, 2013 (UTC)

Chrono Trigger has same/similar names for magic as FF and items and is not covered by us at all. Tactics Ogre has basically the same jobs as the Ivalice FF games and we don't cover that. I think these kinda things could be seen as Square staples rather than strictly FF staples. Bravely Default should have its own wiki if it's becoming a self-contained series.Keltainentoukokuu (talk) 12:10, December 11, 2013 (UTC)

Pretty tricky. I'm divided: on one hand, it's much more FF-esque than some more recent FFs, but on the other it's completely different setting: the summons are not even the ones from FF and the Orthros boss is not the woman-loving purple octopus, but a two-headed devil dog which actually lessens connection to the FF series. If we want to create wiki for that series I think [bravely.wikia.com] would be best as 'bravely' is the common word in all three currently known games. Despite not owning 3DS and Bravely Default I'd be actually happy to maintain that Wiki so it wouldn't fall into ruin (after watching so many walkthrough videos of BD and loving every single one of them it would be shame if its Wiki turned into a waste bin of randomness and ads).—Kaimi (999,999 CP/5 TP) ∙ 12:29, December 11, 2013 (UTC)

I think Kelt is pretty on point with the notion that the things being put forth as FF staples really are Square staples. I think its also important to note that saying something like "100% of white magic, 100% of black magic" is quite misleading because most of the white and black magic are also present in T4HoL, which BD is a spiritual successor for anyway. In some instances I would hesitate to say 'successor' so much as 'we got lazy to come up with new names so we're just going to use the ones from the last project we made'. On this point, where we've seen how many of these spells/abilities/items appear in other non-FF games, the ones that are consistently exclusive to FF are notably missing from BD. None, or should I say, 0% of the 6 summons are from any FF universe.. and that to me is extremely telling.--Arciele Spira (talk) 06:32, December 23, 2013 (UTC)

I wholeheartedly support shifting all our content to a Bravely Default wiki. We could weasel our way into giving it second-tier coverage due to its apparent official spiritual link to T4HoL and (which itself is pseudo-spiritually linked to classic FF). 2.102.230.70 15:45, December 11, 2013 (UTC)

I have seen news articles noting that Bravely Default actually has some bosses from 4 Warriors of Light. here. I haven't played either game, so I don't know how significant it is.

On another note: fuck Final Fantasy. Lightning Returns is refried shit. Bravely Default is something new. Our wiki is based around no concept other than branding. It is shameless. Fuck the brand. Fuck Square Enix. I've been tired of their bullcrap for years now. --BlueHighwindツ 20:03, December 11, 2013 (UTC)

I think those bosses are the 4 Heroes of Light equivalent of the Four Fiends. The 4 Heroes of Light is like a re-imagining of the original Final Fantasy, with time travel and a time loop being maintained by a demon called "Chaos" who sends four lesser demons, the "four fiends" to the world to corrupt the world, but a magical sentient crystal chooses to grant its power to four warriors who become the Heroes of Light... It's not really clear to me whether the storylines of the two games are in any way linked, or if the connections are just homages because they are being made by the same team for a similar audience.Keltainentoukokuu (talk) 20:28, December 11, 2013 (UTC)

After playing it for myself, I wholeheartedly agree with Hashmalun. The level of FF referencing in spell/ability/item lists goes far and beyond what would be considered normal for Square. It would be considered typical for them to share a few things between games. However, to see near identical lists of things and to blow it off as "Oh, SE does this all the time!" is ridiculous. -- Some Color Mage ~ (Talk) 05:51, December 16, 2013 (UTC)

If Bravely Default is said to be a sequel to a Final Fantasy game shouldn't that be enough to keep it here anyway? Everything else has been said already so I'm keeping this short. Tia-Lewise

A successor then. And if that's wrong, then "Although the game has an original title, it is considered a spiritual successor of Final Fantasy: The 4 Heroes of Light, a "gaiden" or "spin-off" of the main Final Fantasy series, by its creators" needs removing from the article. Tia-Lewise

Oh, I'm not saying it deserves to be first tier, I'm saying that to some degree it should be here in some way. Tia-Lewise

Ok, I gave this some time for comments to come in. Evidently there are supporters on both sides.. or maybe 3 sides. Keep as tier 1, keep as tier 2/3, or move it all over to Bravely Wiki. (EDIT: 2nd and 3rd outcome actually do give the same effect, so its 2) Given that there is no consensus, maybe we need to take a vote? I don't suppose we have an arbitrator or judge... so here goes? bottom of page --Arciele Spira (talk) 04:02, December 23, 2013 (UTC)

(because my revert reason is too long for the summary) Spira, I have the game. On the start screen, you select a save file and the subtitle clearly appears. And it has to be there due to something the game does on the bad ending path. Don't make me set up Miiverse just to take one bloody screenshot of the title screen. You did not say anything about the published title in your little fact sheet, and in-game allusions are just as important as ones in the published title so don't hide something on a technicality because it hurts your case. -- Some Color Mage ~ (Talk) 22:19, December 25, 2013 (UTC)

I don't have the game anymore. Go ahead, screenshot it.. in fact, take a video to show clearly how and when the game's subtitle pops up. It's supposed to help your case no? Whatever it is, it's not immediately shown in the title screen. you need to do something for that to happen. I removed the additional comment because I didn't want to edit it, but if you insist that it is in there, then I will. You do not add conjecture into a fact sheet - only display the evidence, and let people decide. You cannot say 'this is an allusion' on a fact sheet because you cannot prove an allusion on a balance unless the devs in this case have outright declared 'hey, Flying Fairy is named that way because FF is the same initials as Final Fantasy', which they haven't done. Allusions are subjective based on what each person thinks. For example, why is Flying Fairy an allusion to Final Fantasy? Why can't it actually just be an important Flying Fairy that appears in game? Why isn't Rinoa Ultimecia? You can choose to believe what you wish to believe - you just cannot prove it. No one is saying that in-game allusions are not as important as a published title - it's just that you don't know what a fact is. Substantive. Objective. No arguing required. Adding a point to show that Flying Fairy is no longer in the title actually strengthens my position btw. In any case, I've edited it to give more clarity for your benefit.--Arciele Spira (talk) 05:30, December 26, 2013 (UTC)

Alright. I just created a Wiki for it: Bravely. I thought that "Bravely Default Wiki" wouldn't be a very good naming idea since it's possible there's gonna be Bravely Third, Bravely Fourth, and spinoffs to those, I guess. If anyone wants to dump articles there, please do so. If anyone wants to tinker with coding, then please ask me there about giving you admin rights (people with admin rights or higher can edit MediaWiki, right)?—Kaimi (999,999 CP/5 TP) ∙ 16:11, December 11, 2013 (UTC) 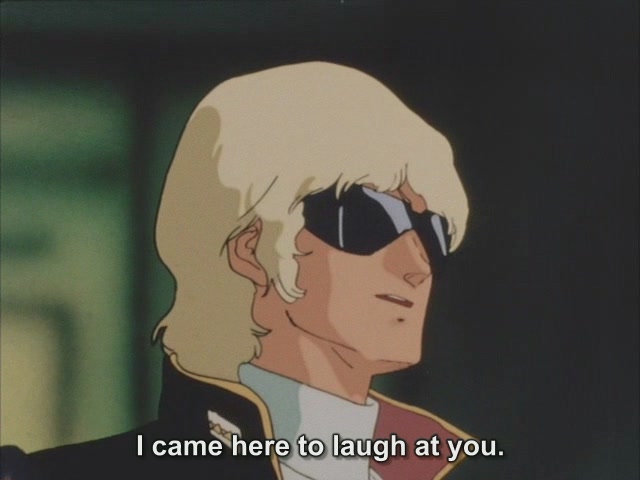 Kaimi, do you know what happened to the Dissidia wiki? Neither do I, I think it's dead because making a wiki to cover just one game in a larger series is fully retarded. And you just went full retard. User:R8.50Mango/Sig2 08:44, December 23, 2013 (UTC)

not sure if retarded or silly to compare Dissidia with Bravely. Dissidia was a special project that deliberately draws from characters, places, themes and objects across the series to celebrate it. Apart from its battle system and Cosmos, you'll be hard-pressed to find any true original content to begin with in Dissidia and Duodecim. Only the opposite is true about Bravely. From the very beginning Dissidia had more ties to other games than it does to itself, which is why it made more sense for it to belong here. Besides, dead wikis are only dead because people choose not to contribute to them, something which I'm sure you're quite familiar with anyway. What Kaimi did is but the first step in an eventuality - its really just a matter of when it happens. Also, Bravely Default + Praying Brage + Bravely Second is 3 games, not 1.--Arciele Spira (talk) 13:03, December 23, 2013 (UTC)

Keep as Tier I

This has stagnated for a week, so we're ending this now. The people who want this game to stay tier 1 outnumber the rest 2:1 so everything's staying as is. This does not automatically include Bravely Second but we'll cross that bridge when we come to it. -- Some Color Mage ~ (Talk) 01:09, January 4, 2014 (UTC)

Retrieved from "https://finalfantasy.fandom.com/wiki/Forum:Canonicity_of_Bravely_Default_(Redux)?oldid=3223624"
Community content is available under CC-BY-SA unless otherwise noted.