Calls upon the power of the forest to attack enemies and cure allies' status ailments.

Forest Nocturne (もりのノクターン, Mori no Nokutān?), also known as Forest Suite, is a recurring ability originally used by Mog from Final Fantasy VI, whom the ability is most often associated with.

Forest Nocturne is as a Dance command used by Mog, and once used, can during the Dance duration use the Leaf Swirl (unblockable non-elemental damage to all enemies ignoring split damage reduction, and with a spell power of 50), Forest Healing (recovery from Blind, Poison, Petrify, Silence, Confuse, Sap, Sleep, Slow, and Stop) and Wombat (non-elemental damage to one opponent, unblockable, spell power of 88). As a Dance, it is learned when Mog fights in a particular location. It is associated with three battle backgrounds and can be learned in Forest, Phantom Forest, Phantom Train battle background, Bomb forest, and Dinosaur forest. 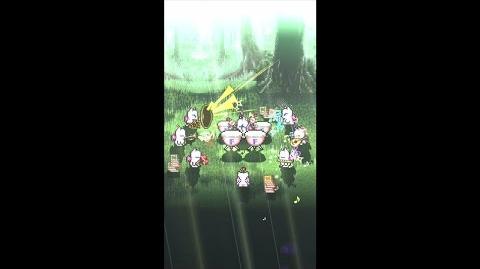 Forest Nocturne is an active ability that restores HP to a random target for 4 AP. It takes effect multiple times. It can be used by Glow Moogle, Master Moogle★, and Moogle.

Forest Nocturne (Will o' the Wisp) in Pictlogica Final Fantasy. 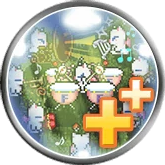 A nocturne is usually a musical composition that is inspired by, or evocative of, the night.

A suite, in Western classical music and jazz, is an ordered set of instrumental or orchestral/concert band pieces. It originated in the late 14th century as a pairing of dance tunes and grew in scope to comprise up to five dances, sometimes with a prelude, by the early 17th century.