Traps enemies in a violent, damaging stream of water.

Since its appearance in the Dissidia entries in the series, Flood has often appeared as a signature ability for both Terra Branford and Shantotto in several spin-off titles.

Flood is an Attack spell taught by Leviathan in the Advance and the discontinued mobile and Steam versions. It costs 60 MP, has a power of 100, is also an unblockable Water-elemental attack which hits all enemies. It is notably the only water-elemental spell, besides Strago's two Lores, Leviathan's Tsunami, and Bismarck's summon spell, Breach Blast.

Flood is an Ancient Magic spells that deals Water damage to an enemy, and lowers its Lightning resistance. The scroll can be obtained from Sapphire Quadav, certain Tonberry Notorious Monsters, and some Imperial Standing Notorious Monsters, or bought from the Auction House if a player is selling it. Summoners' Water Spirit gains this spell at level 58 automatically.

Flood attacks are a group of enemy abilities available to certain enemies, commonly Voidsent and most Sea Monk enemies. Most versions involve the enemy summoning a vortex of water around itself, dealing water aspected damage to all party members caught in the casting field. Enemies that use Flood are often susceptible to being interrupted or stunned, allowing for players to stop the spell from being casted. Common variants include Flood and Ronkan Flood.

Flood was a rank 44 spell for Conjurers at the launch of the original 1.0 version of the game. The ability dealt heavy water damage to enemies within area of effect. After the release of patch 1.20, Flood with removed from the Conjurers arsenal, along with the rest of the class's water-elemental abilities.

Flood I-III are abilities exclusive to Jornee, serving as the final tier of her single hitting Water-type spells. The abilities can only be learned from the Aqua Witch eidolon. All versions of Flood deal heavy water-elemental magic damage to all enemies and cost 70 MP to perform.

Flood is one of Terra's HP attacks. As a Mime, Bartz is also able to use the attack which functions identically to Terra's version. Their versions of Flood summon three bursts of water from under the opponent. Terra is able to use Flood initially, and her version costs 40 CP to equip and 180 AP to master. Bartz learns Flood at Level 19 and can equip it for 45 CP, mastering it with 180 AP.

Shantotto's Spirit Magic: Water casts Flood when she has 6,000 or more Bravery. It summons a large torrent of water surrounding the opponent.

Certain Legend character cards have Flood as their ability. When summon, the character will cast the Dissidia version of the Flood spell, dealing a set amount of damage based on the ability's upgrade. 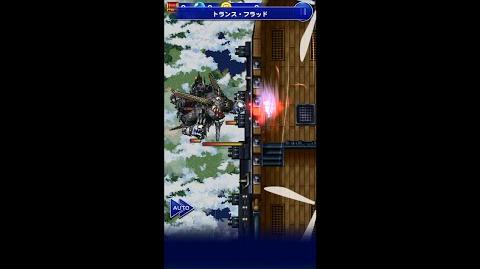 Trance Flood (Terra) is one of Terra's Unique tier Soul Breaks, available to the player once obtaining the Minerva Bustier (VI) relic. The attack deals water-elemental magic damage to all targets, and temporarily raises the user's Magic a small amount.

Flood also appears as an enemy ability available to Terra during her boss encounters in Dissidia Final Fantasy NT events, dealing heavy water damage to the targets. The ability's animation is a simple color swap of her Meltdown abilities.

Dark Flood also appears as an ability for Lilith Ascendant in most of her event appearances, dealing heavy water-elemental magic damage to all targets.

Like Water and Waterga, Flood originates from the Chrono series of games, initially appearing as the Deluge (フラッド, Furaddo?) ability in Chrono Cross. Deluge is second strongest Blue Element magic ability, serving as the final form of the water themed magic attacks. Flood would not properly be introduced as a spell until Final Fantasy XI, which was also supervised by Chrono Cross's producer, Hiromichi Tanaka. 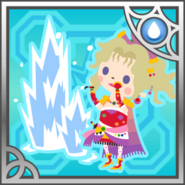 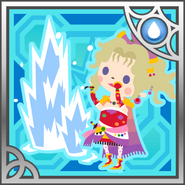 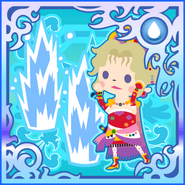 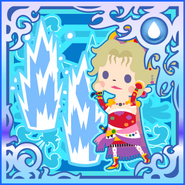 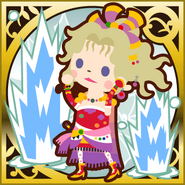 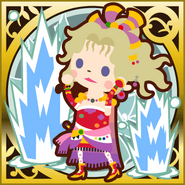 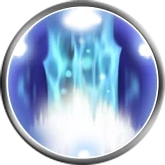 [view · edit · purge]A flood is an overflow of water that submerges land which is usually dry.