I never imagined twenty years ago that I would be able to work with the London Symphony Orchestra. It's just wonderful that there are so many people who like Final Fantasy music; and to have it arranged by such incredibly talented people, Final Symphony is like a dream come true!

This symphonic poem was arranged and orchestrated by Roger Wanamo. Final Fantasy VI was the first Final Fantasy game he played and was swept away by the story, the characters and the music. He wished to retell his experience with this arrangement that focuses on the journey of Terra Branford, the heroine born with the gift of magic.[2]

Over the course of the piece, I examine the different stages of Terra's life that have made her into the person she is. I also take a more in-depth look at Kefka and his psychopathic personality. Once the final battle is over, and the smoke over the battlefield has cleared, Terra has finally come to grips with her past and may live freely.

Masashi Hamauzu arranged this piano concerto. He is one of the original composers of the music for Final Fantasy X alongside Nobuo Uematsu and Junya Nakano. Hamauzu has explained he could give more priority to his feelings and sensitivity when composing for Final Fantasy X and that while he had the game's storyline in mind, he also got ideas from the real world.[2]

Having worked for so long with the series, Hamauzu sees it more as a continuum than as a series of separate scenes and stories. His inspiration for the material in the Final Symphony concert was more a reflection of that bigger vision, and not so much connected to a certain story-arc or a set of characters. He saw this concert as an opportunity to fulfill his vision of the music as there were a few things he couldn't express well enough with the original music of Final Fantasy X.[2]

The first movement of the symphony is based on the villain of the game, Sephiroth. Jonne Valtonen, the arranger and orchestrator of this symphony, uses the 3-note motif of Sephiroth throughout the first movement as an element of structural integrity. In the final phase of the movement "The One-Winged Angel" emerges in all its glory, before gradually distorting as all of the earlier themes of the movement are gradually built on top of each other. This distortion is a reflection of the internal chaos Sephiroth is feeling, as he becomes aware of his past. In the end of the movement things slow down. As Sephiroth is reborn, the familiar pulse is heard “in almost spiritual context”, an apt description by Jonne Valtonen.

The second movement deals with the themes of love, loss and uncertainty. The hero Cloud is undecided in his feelings towards Aerith and Tifa. The movement begins with "Words Drowned by Fireworks", a scene in which Cloud goes on a date that ends abruptly. The music moves forward representing the themes of Tifa, Cloud and Aerith—the three themes that are always present, each one featured up front as a main theme at certain phase of the movement. The melodies and motifs from the other themes surface to the foreground whenever there is room available from the current main theme.

'Countdown' is the beginning point of the third movement and it contains material that recurs throughout this movement as a unifying element. The great theme of this movement is that of good versus evil, Cloud versus Sephiroth. This final confrontation is reflected by the sounds of the metallic hits that echo the themes themselves. The themes of different characters are put into the mix as they engage in the battle. Silence emerges after the intense battle and from that silence the Lifestream begins to flow, and to grow. And grow it does indeed, as Jonne Valtonen explains: 'Actually, spectrally and orchestrally the chords in the end are as loud as physically possible. The sound is huge and overwhelming, much like the Lifestream itself.'

The music from the concert was released digitally as Final Symphony - Music From Final Fantasy VI, VII and X on 23rd February 2015, performed by the London Symphony Orchestra, conducted by Eckehard Stier, with Katharina Treutler on piano, and was recorded at Abbey Road Studios. A Blue-ray of the same was released on 16 September 2015. 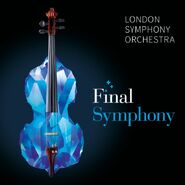 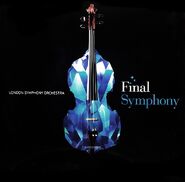 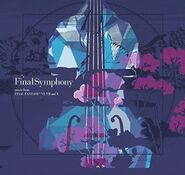 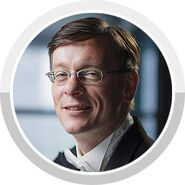 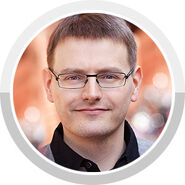 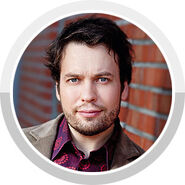 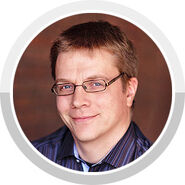 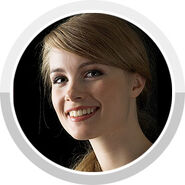