Two years—It's been two years since Spira entered the Eternal Calm. I was given a new life. For a year, I was able to walk alongside Yuna. It was great... It really was.

Tidus at the beginning of Final Fantasy X -Will-[1]

It takes place after Final Fantasy X-2.5 ~Eien no Daishō~ which was released in Japan on the same day as the HD Remaster.

Chuami and Kurgum are sent to Besaid by Baralai to meet with Yuna. They meet Tidus, a blitzball star, on Bevelle's Stadium Road, and Chuami notices he's injured and has little energy although he is trying to hide it.

Reaching Besaid on their airship, Chuami and Kurgum meet Lulu and Wakka who take them to Yuna, who has returned to the mannerisms and dress style of her summoner days and spends her time praying for Spira's peace in the temple, much to Chuami's chagrin. Kurgum shows Yuna a movie sphere with a recording of two shoopufs at the Moonflow. The shoopuf was the last of its kind after the female was killed by Sin thirty years ago, but it mysteriously reappeared one morning, causing Yuna to speculate the shoopuf had been "beckoned".

Kurgum tells Yuna she must accompany him and Chuami back to Bevelle and address the Spira Council. When Yuna refuses, Chuami tells her about the injured Tidus, compelling Yuna to take action. When Lulu overhears Chuami mention being Auron's daughter, Lulu confronts her, saying that she doesn't look like him and that many people have claimed to be children of Auron, Jecht, and Braska. Chuami says she takes after her mother, who wouldn't have lied to her, but Lulu says Chuami would remember meeting Auron and that he would have mentioned having children since he wasn't the type of person to hide such a thing.

Kurgum and Chuami's airship needs repairs, so the pair, Yuna and Wakka journey to Bevelle on foot. Stopping at the Moonflow, they see the shoopufs and a crowd of onlookers where half of the people are illusions created by the pyreflies. They see a father and his daughter Maelu with the illusion of her mother, who answers Maelu's request for them to go home together, which stuns the group since the illusions normally can't hear or speak. Kurgum tries to send the illusions to the Farplane, but stops after Yuna says they don't have the right to interfere with the reunion.

At Bevelle, they find Sin has been reactivated, possibly beckoned by someone's wish. Yuna, realizing that the Eternal Calm was not to be after all, rushes to meet with Tidus. Yuna had previously told Chuami that Tidus is her boyfriend, but when Chuami and Kurgum eavesdrop on the conversation between the two it seems they are breaking up. Yuna is jealous of Tidus's friend Marphie, but soon tells him she doesn't care anymore, and has already got another person she likes. Tidus asks who it is, but Yuna tells him it's someone he doesn't know and leaves. Kurgum tells Chuami they should split up because he's in love with Yuna. Chuami is angry and confused, but Kurgum tells her it is something that only summoners can understand.

Chuami and Kurgum part ways with the latter accompanying Yuna and Wakka, and the former returning to Besaid with Tidus. When Tidus asks Lulu about Yuna's new love interest, Lulu says she thought Tidus would know Yuna better and tells him to figure it out himself. She says that if something else can be brought back, then Sin's revival shouldn't be surprising. After Tidus figures out the meaning behind Lulu's words, they depart with Chuami in tow. On a ship with Lulu and Chuami, Tidus says he wants to accompany Yuna and the others on her new journey since he promised to be with her forever. Elsewhere, Yuna delivers a speech to a crowd in a stadium, proclaiming she will defeat Sin once more.

The drama is not meant to clearly depict a particular event, but to hint at the characters' lives after the events of Final Fantasy X-2. The developers didn't want a particular image to be set in stone by presenting clear visuals, and that's why audio-only was chosen, to leave room for the fans' imaginations.[2]

The inclusion of Final Fantasy X -Will- with Final Fantasy X/X-2 HD sparked speculation among fans that Square Enix was planning to lead it into a Final Fantasy X-3, but Shinji Hashimoto has denied this, saying: "Since we're revisiting Final Fantasy X and X-2, which were released about 10 years ago, the series' scenario writer Kazushige Nojima and character designer Tetsuya Nomura had a discussion and thought that the HD Remaster release would be a good opportunity for them to include this additional story episode. But the audio episode's inclusion wasn't because we have any plans to develop a Final Fantasy X-3."[4] Kitase has later commented that when they decided to include the voice drama, the staff was excited about the thought of making Final Fantasy X-3. He has lamented that most of the staff have been busy and they haven't been able to make it happen.[5] 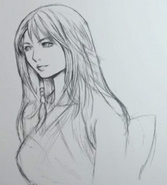 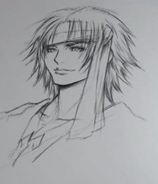