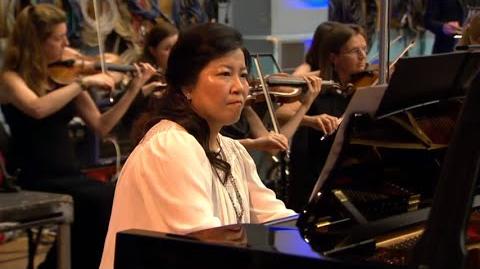 Final Fantasy XV Live at Abbey Road Studios was a concert that featured music from Final Fantasy XV. It was performed by the London Philharmonic Orchestra at Abbey Road Studios on September 7, 2016. The concert was live-streamed on YouTube and Twitch, and it was made available for subsequent viewings upon its conclusion. Yoko Shimomura, the composer of the Final Fantasy XV soundtrack, was in attendance; she was interviewed between pieces and provided insight on them. Additionally, Shimomura played piano during the concert's final piece, "Apocalypsis Noctis." 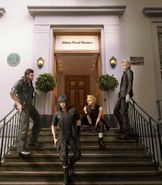 A promotional image of Noctis and his friends outside Abbey Road Studios.

The London Philharmonic Orchestra prepares for its performance.
Add a photo to this gallery
Final Fantasy XV
Music
Retrieved from "https://finalfantasy.fandom.com/wiki/Final_Fantasy_XV_Live_at_Abbey_Road_Studios?oldid=3266359"
Community content is available under CC-BY-SA unless otherwise noted.