Android, Fire OS, iOS
Final Fantasy XV: A New Empire is an Android/iOS free-to-play game developed by AppLovin (formerly Machine Zone, Inc. (MZ)), under the name Epic Action LLC, licensing the Final Fantasy name from Square Enix. The game is set in the universe of Final Fantasy XV and features an alternate story which focuses on the development of Insomnia as a kingdom.

Be the hero of your own Final Fantasy XV adventure in the brand new mobile strategy game Final Fantasy XV: A New Empire! Build your own kingdom, discover powerful magic, and dominate the realm alongside all of your friends!

Final Fantasy XV: A New Empire is a mobile adventure that lets you rewrite a favorite classic to fulfill your unique destiny. Journey through vast kingdoms, gather magical resources, and build the strongest Empire in Final Fantasy history! Fight fire with magic to defend friends and defeat foes alongside millions of players from around the world! Do you have the strength and strategy to control the Crystal and rule the Realm?

✔ Experience your very own epic FFXV adventure on your mobile phone
✔ Jump into the action with Noctis, Cindy, and all of your favorite FF15 characters
✔ Fight alongside friends and against foes in legendary battles against millions of players from around the world!
✔ Build up your large army and best strategy to win in real-time action-packed battles
✔ Create the ultimate Guild or join up with already-powerful forces
✔ Strategize with your guild to crush enemies and beasts in real-time battles
✔ Compete for the Crystal against players from all over the world
✔ Travel the Realms and collect rare resources to build an epic Empire
✔ Become a legend by taking control of the Crystal and ruling the Realm

An epic world with no rules: only magic. Will your magic grow to stand the test of time or will your empire be defeated?

Your legend starts now in the new MMORPG: Final Fantasy 15: A New Empire.

The game features characters from Final Fantasy XV serving as guides to the player in developing and expanding upon their own kingdom of Insomnia.

As a product of AppLovin, gameplay is similar to the company's other titles: Mobile Strike and Game of War: Fire Age. Players first engage in the guided building of a city, beginning with a Citadel and continuing with various support structures such as the outer wall, farms, mines, and stone quarries. As the player progresses, they must build facilities to manage war, trade, and the learning of new skills. However, each build or upgrade requires copious amounts of the player's time and in-game resources. Further, each must be built in a specific sequence to unlock the others; and upgrades also become dependent on this sequence.

With time, the player may also elect to raise one or more armies comprised of units in their city's defense, and may in turn deploy armies against random monsters or other players to seize their loot and resources. Each troop type also has strengths and weaknesses against defenses, and other troops. The battle system has a greater degree of complexity than the rock-paper-scissors schemes found in some other strategy titles, yet the mathematics of battle are computed behind the scenes. At the end of each battle, the player receives a detailed report that includes kills made, casualties suffered, and spoils won.

Players may form guilds to forge alliances in trade and war, exchanging goods, resources, and troops to collectively build strength and clout against other players. Members of a guild also receive enhanced resource rewards, and may receive extra assistance in completing their cities.

As of July 31, 2017, major critical reviews of A New Empire have been sparse and are negative, with the game being derided for simply being typical of its publisher[1]. User reaction, however, suggests otherwise. The game garnered mixed-to-positive reviews on all platforms in its first full month of release, with more than 110,000 reviews for the iOS version assigning an average of four stars. Criticism has been leveled at the game for being too ad-dependent and grind-heavy, with many calling it "pay-to-win" and "a cash grab by the developer". These same user reviews, accessible only through the iTunes and App Store interfaces, also praise the game's ease of play as being a worthwhile use of free time.

Reviews for the Android version were equally mixed-to-positive, as more than 150,000 reviewers have given their feedback.

The game has been downloaded over 20,000,000 times worldwide, and is popular in Japan and North America.[2] 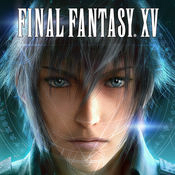