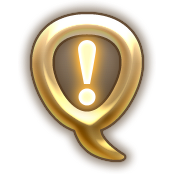 Quests are short series of objectives in Final Fantasy XIV. They provide significant rewards to players, and are often necessary to advance the storyline.

Quests are divided in several categories, ranging from "Main Scenario" quests, which are the most involved and very cutscene-intensive, to the simpler "Sidequests", that are mostly small fetch quests that offer some insight on the game's lore and offer gil rewards. Unlike Guildleves, most quests cannot be repeated. However, some quests, especially Beast Tribe quests, can be done daily.

Some elements and areas of the game are locked until certain quests are completed. For example, players cannot own personal chocobos before enlisting in a Grand Company.

The following is a list of quests from Final Fantasy XIV.