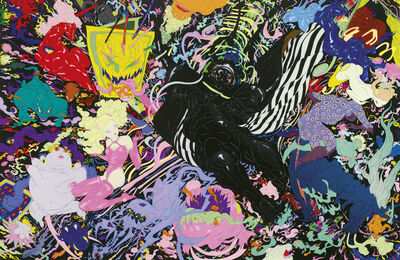 Artwork by Yoshitaka Amano*(who else) depicting predominantly Golbez and an array of enemies from Final Fantasy IV. The painting, titled Deva Loka Nightmare, was first shown during the 2008 Deva Loka art exhibition of Amano's artwork across media. The image is taken from the September 2012 issue of the Japanese art magazine Illustration.