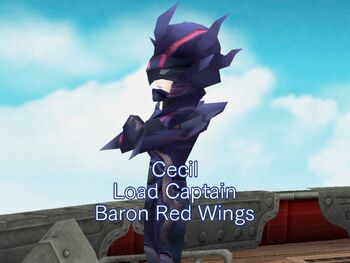 A typo on the introduction caption of Cecil Harvey, protagonist of Final Fantasy IV, on the iOS port of of the game, whereupon he was called "load" instead of "lord". Cecil's full title, as revealed on the Nintendo DS remake is Lord Captain of the Red Wings.

Between ports, remakes and sequels, Final Fantasy IV is one of the biggest franchises in all of the series.